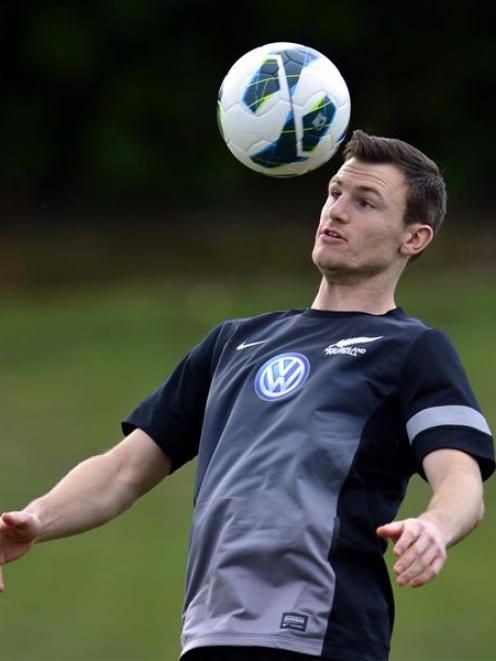 Tommy Smith
All Whites skipper and Ipswich defender Tommy Smith has requested not to be considered for selection for any New Zealand team for the next 12 months.

The All Whites squad to face Uzbekistan in Tashkent in September was named today with Europe-based players Winston Reid and Chris Wood returning after missing the recent draw with South Africa.

But despite the return of Reid and Wood the decision of Smith to skip international duty for a year will be a big talking point. After consultation with the relevant parties, New Zealand Football agreed to Smith's request.

Smith has played 27 caps for the All Whites including all three matches at the 2010 World Cup. He became the youngest captain in New Zealand football history after leading the All Whites to a 2-2 draw with El Salvador in 2012.

Reid is included in the squad for the first time since injury ruled the West Ham United defender out of the 2013 FIFA World Cup intercontinental playoff against Mexico.

Interim head coach Neil Emblen said the squad for Uzbekistan features players who have played well in the All Whites shirt in 2014.

"In the two matches we've played this year against Japan and South Africa we've had a number of excellent performances from individuals involved across both games," Emblen said.

"The squad of players we're taking to Uzbekistan rewards the players who have impressed this year against top quality opposition."

Emblen said the squad will provide Anthony Hudson with a strong insight into the future of the New Zealand side as the new coach begins to chart a course towards the 2018 FIFA World Cup in Russia.

"When you look at the players we have for this trip you can see we're building a mix of senior players with good experience with exciting young talent to showcase around them.

"It's a great position to be in and it's an exciting time for everyone involved."

Before meeting Uzbekistan in Tashkent on September 8, the All Whites will be in camp at the Aspire Academy along with the Junior All Whites who will play in an U-20 tournament in Doha against Morocco, Chile and Qatar.