Hoping for best of many scenarios 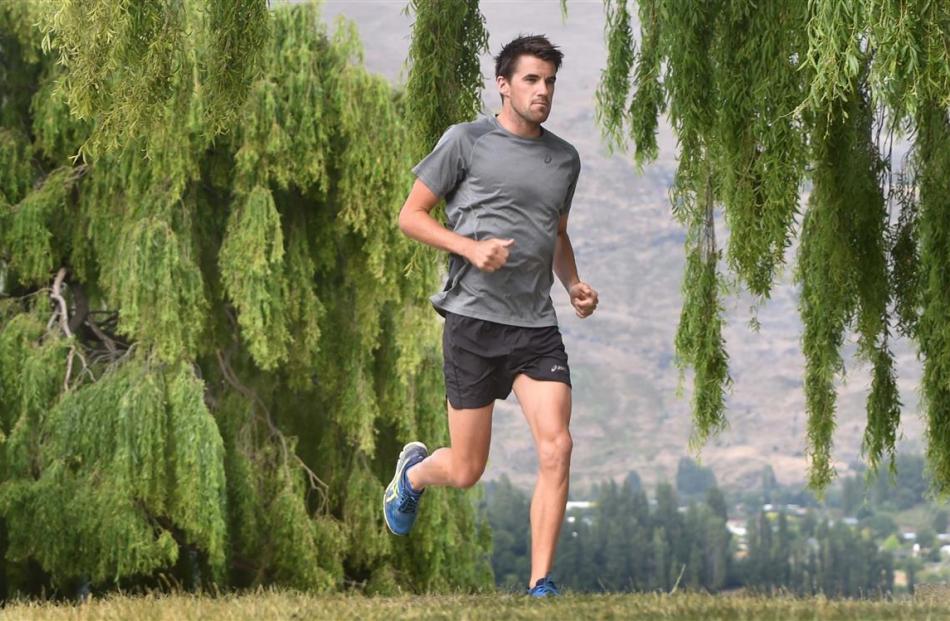 Damian George: How does it feel to be so close to realising your boyhood dream of going to the Olympics?

Tony Dodds: I haven't really thought too much into it - I don't want to get lost in the largeness of the 'Olympics'.

We have a plan in place to take it all in on the first couple days we get there but, at the moment, we are training so hard and I'm trying to get every little bit out of me that I haven't thought too much about it.

DG: You injured your hip badly during a cycling accident last year. What was the injury and what did the rehabilitation involve?

TD: I crashed off my bike last year in July and bruised my bursa [cushion between tendon and bone] in my hip, which meant the ITB [ligament in the leg] was flicking over my hip each time I ran, and it still does.

If I didn't have the support from the medical staff at High Performance Sport New Zealand and Tri NZ, then I wouldn't be here right now. My summer involved vigorous gym, physio and acupuncture most days.

DG: Did you think your Olympic dreams had been dashed after the injury?

TD: No. It was a small worry at the time and didn't hurt too much. It was more a few weeks/months later when it wasn't getting any better and we had to think seriously about surgery [that I became worried]. But we didn't have enough time to get it right for the Games [if I had surgery].

DG: You had a string of top-11 finishes midway through last year before the accident. How frustrating was it to be racing below par as a result of the injury?

TD: I only raced one race after the injury and I knew I just had to pull everything I had to finish, and I did all right with that. The hardest thing about these injuries is making these hard decisions on when to pull the pin, what to do and so on.

DG: Was it an individual or collective decision to stop racing?

TD: It was a collective decision by my coach and physio. It wasn't going to get right. In hindsight, we should have called it quits straight away when the injury happened and got it sorted, but we thought it may have gotten better.

I still to this day have a 'flicking hip' when I run, so it's never going to get better. But I have gradually managed to shut it out mentally when I run. It's taken a lot of mental strength to do that.

DG: What were you hoping to get out of your last race in Hamburg [where you finished 13th] and what do you expect of yourself at the Games?

TD: We are at altitude [in Font Romeu, France] for five weeks, so we had already had two weeks up here, then I went down and raced the World Series in Hamburg.

It was basically a 'give all and then see what needs to be touched up before the Games'. I got what I needed out of Hamburg and felt stronger as the race went on, so that was a positive, and the improvement has been really good.

What you need to know is, as an athlete, our expectations are always higher than what people want or say we should get. If the coach says, 'I think a top-eight', we would say, 'Nah, I want a medal'.

But, realistically, there are so many scenarios that could play out and one of them would suit me very well and the others not so much. I really just want to nail my best performance on the day.

But, then again, it is hard to know if your best performance on the day is 15th. Would I be happy with that? Not so sure.

DG: The cycling leg in Rio will be hilly and this is seen as an advantage for the Kiwi athletes. Do you agree with that?

TD: Look, it used to be. Kiwis have been known for endurance, strength courses. That is until the likes of the Brownlees [British brothers Alistair and Jonathan Brownlee] and Gomez [Spanish athlete Javier Gomez Noya] came along, then it sort of threw all that out the window.

Everybody trains just as hard and specifically for this course, so we will most likely be all on the same page. It does help a little knowing that it won't just be a running race, though.