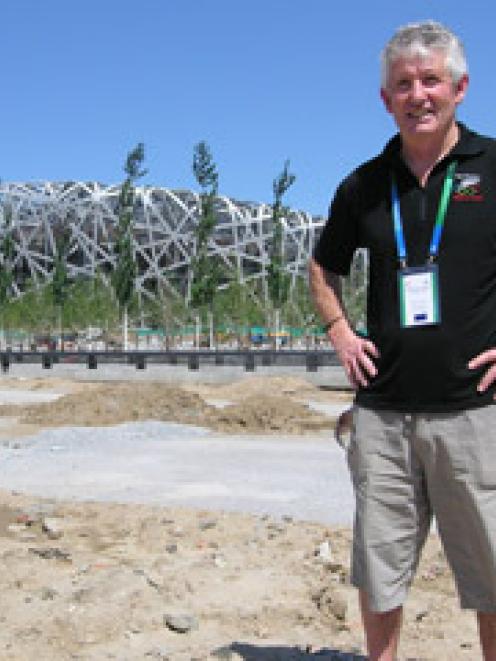 Did Mahe Drysdale's role as New Zealand team flagbearer cost him a gold medal, and the team's best Olympic haul in 24 years?

Chef de mission Dave Currie admitted it was possible, but insisted he and Drysdale had no regrets about the big single sculler performing the role.

Currie said team medical staff still hadn't resolved what caused Drysdale to fall badly ill in the days after the opening ceremony, which saw him lose 4kg and require an intravenous drip 48 hours before his brave row for bronze just over a week ago.

"Was it a factor? We'll never know," Currie said.

"Mahe is not saying at all `I wish I hadn't done it'. He's still telling me it's a marvellous thing and he's pleased he did it."

A 100 percent fit Drysdale was a short-priced favourite, and victory would have made New Zealand's gold haul inferior only to their eight in Los Angeles in 1984.

Drysdale was required to wear the traditional, heavy Maori cloak as part of his flagbearing duties on a steamy Beijing evening, thereby running the risk of dehydration ahead of his heat the following afternoon.

"He was hydrating but he would have lost some fluid that night. We're never going to know," Currie said.

"Athletes at that stage of their preparation all of them are on a knife edge and their immune systems are down."

Most of Drysdale's rowing teammates who had heats the next day chose not to march at the Bird's Nest, and remained at their hotel near the Shunyi venue.

Drysdale stayed the night of the opening ceremony in the Olympic Village then rejoined his fellow rowers in their bubble.

Rowing high performance manager Andrew Matheson said it was the "million dollar question" as to whether the flagbearing role caused Drysdale's illness, but admitted the night in the Olympic Village heightened the r isk.

"In an environment like this where you're climbing on a bus with 50-60 other athletes on a daily basis, you're in a dining hall with 5000 people and you're in a New Zealand house that's got 100-odd people in it. The chances are obviously greater to get some sort of illness," he said.

Currie said the hygiene in the Village was excellent. Swimmer Moss Burmester was the only other of New Zealand's 182 athletes to fall ill, but not as seriously as Drysdale.

Drysdale accepted the honour six weeks before the opening ceremony, after taking a day to consider. Currie said if given the chance again, he would still offer the flagbearer's role despite its potential impact.

"I thought about it. Should I ask Mahe or is it unfair to ask an athlete and put him under that pressure?

"I made the call finally that it needed to be up to the athlete and I think I'd still do the same thing, `you're the person we want to bestow this honour on, you make the call'."

Drysdale was an "exceptional" flagbearer, Currie said, in supporting his teammates and rallying others to do the same.