It was not luck. It was not good timing. It did not happen overnight. It was not even the bounce of the ball.

It just comes down to good old-fashioned hard work.

The emergence of Highlanders prop Ethan de Groot is a real upside for the southern side this year.

The Southlander has come on in leaps and bounds this year and was one of the Highlanders’ best in Super Rugby Aotearoa.

De Groot made just two appearances off the bench for the Highlanders last year but has been almost ever-present this season.

He has impressed with his work around the field and scrummaging.

Born in Australia, de Groot moved to Southland when he was 2.

He said it had taken a lot of hard work to get to where he was now.

"I did a couple of pre-seasons with the Highlanders before I got signed. I suppose it has all happened quick but it has taken a lot of work," he said.

"It all comes down to coaching and experience. Derms [coach Clarke Dermody] has really helped. Just every week I have been trying to get better.

"In Super Rugby Aotearoa I had a lot of solid tightheads up against me. I managed to keep most of them out." 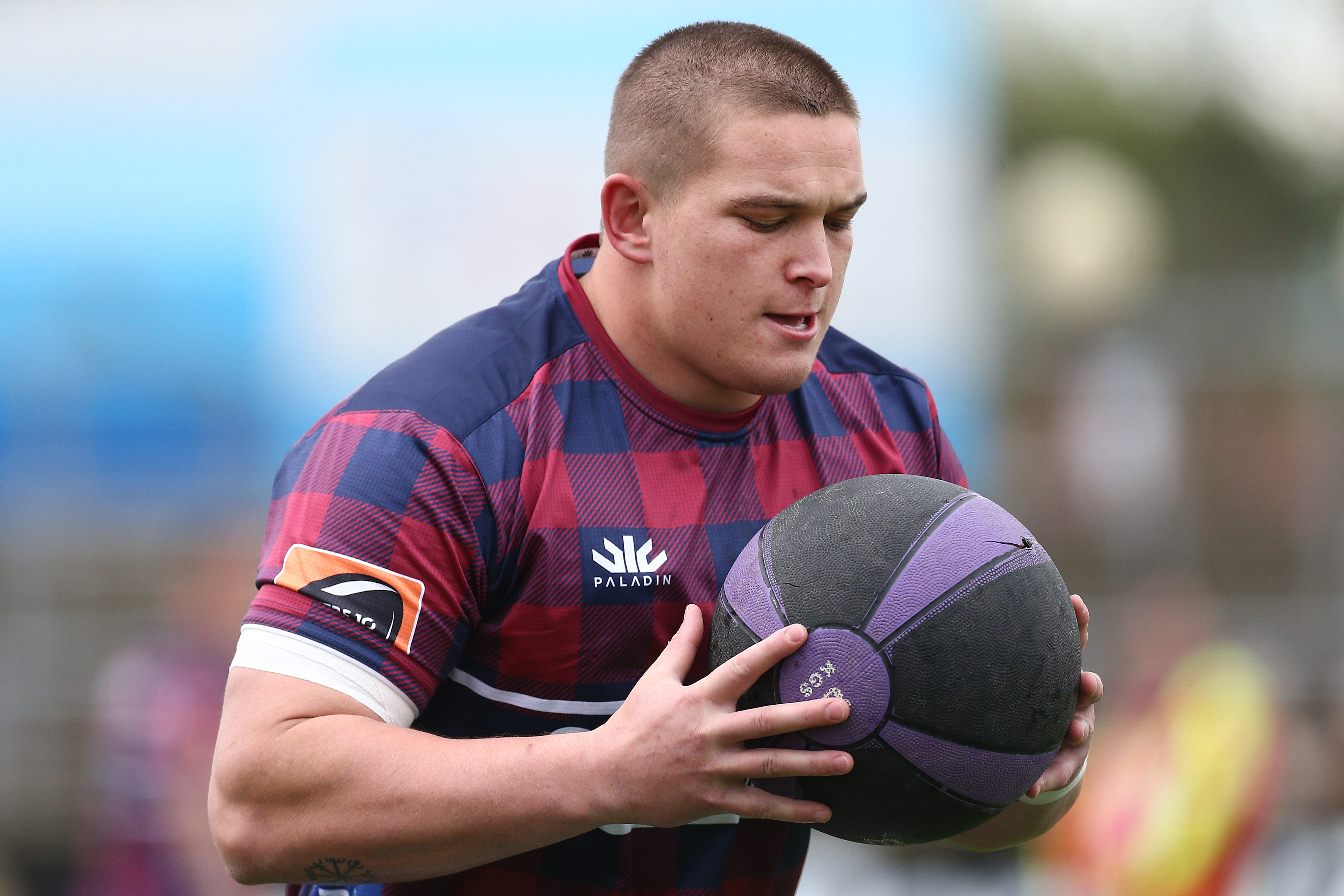 Ethan de Groot's emergence has been a high point for the Highlanders this season. Photo: Getty Images

The loosehead prop was happy with the way his season was going so far. Nepo Laulala was the toughest opponent he had yet faced.

He said more game time helped with confidence. He now weighed in at 126kg, down from 135kg when he played for Southland last year.

He said the weight loss came from eating well and training. Props generally these days play the first 50 minutes or even less, or come on for the last 30 minutes.

He said he did not mind getting shortened minutes.

"We do a lot of things that a lot of people don’t see.

‘There is a lot of weight in the scrums, pull our bodies off the ground. The ones who go 80 minutes are not the ones doing the hard yakka.

"There is close to a tonne in each pack going hard against each other. We’re doing a very heavy squat every scrum."

De Groot, who was two years into a building apprenticeship, said the new competition was a reset for the side.

Five games in five weeks was a short sharp burst. 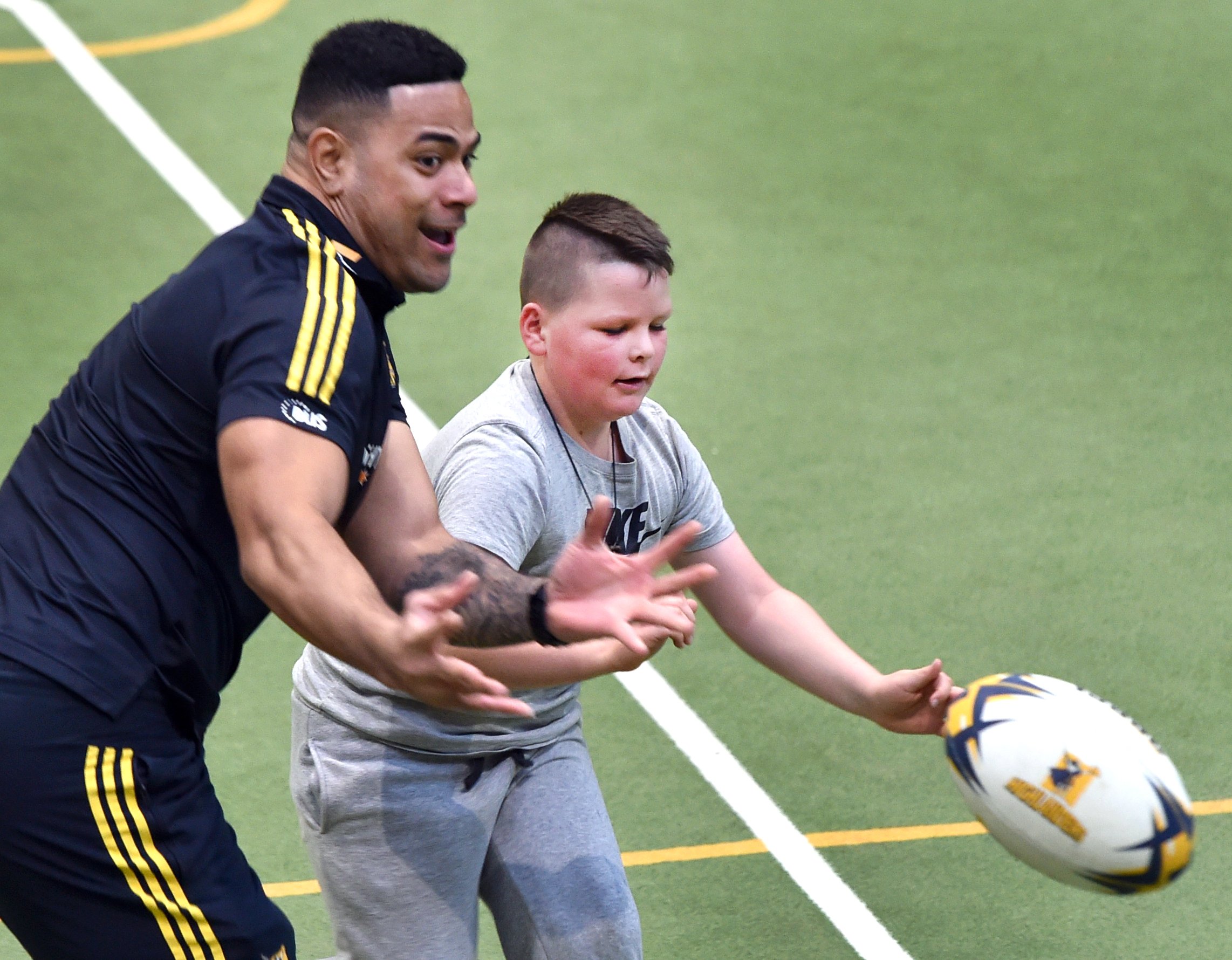 Injured Highlanders centre Fetuli Paea plays a game of touch with Noah Stevenson (9) at the Edgar Centre yesterday. The players were part of a Highlanders promotion to teach skills and have a bit of fun with schoolchildren. PHOTO: PETER MCINTOSH
The Highlanders are down on troops and losing Shannon Frizell, who has been the side’s best this year, is a big blow. Hugh Renton is a useful addition and will work hard.

There is a lack of X-factor in the Highlanders side but there is an issue over whether the Reds can get up after winning the Australian title last week.

The side arrived late yesterday and will be looking to start the combined competition with a win and give a boost to the Australian teams.