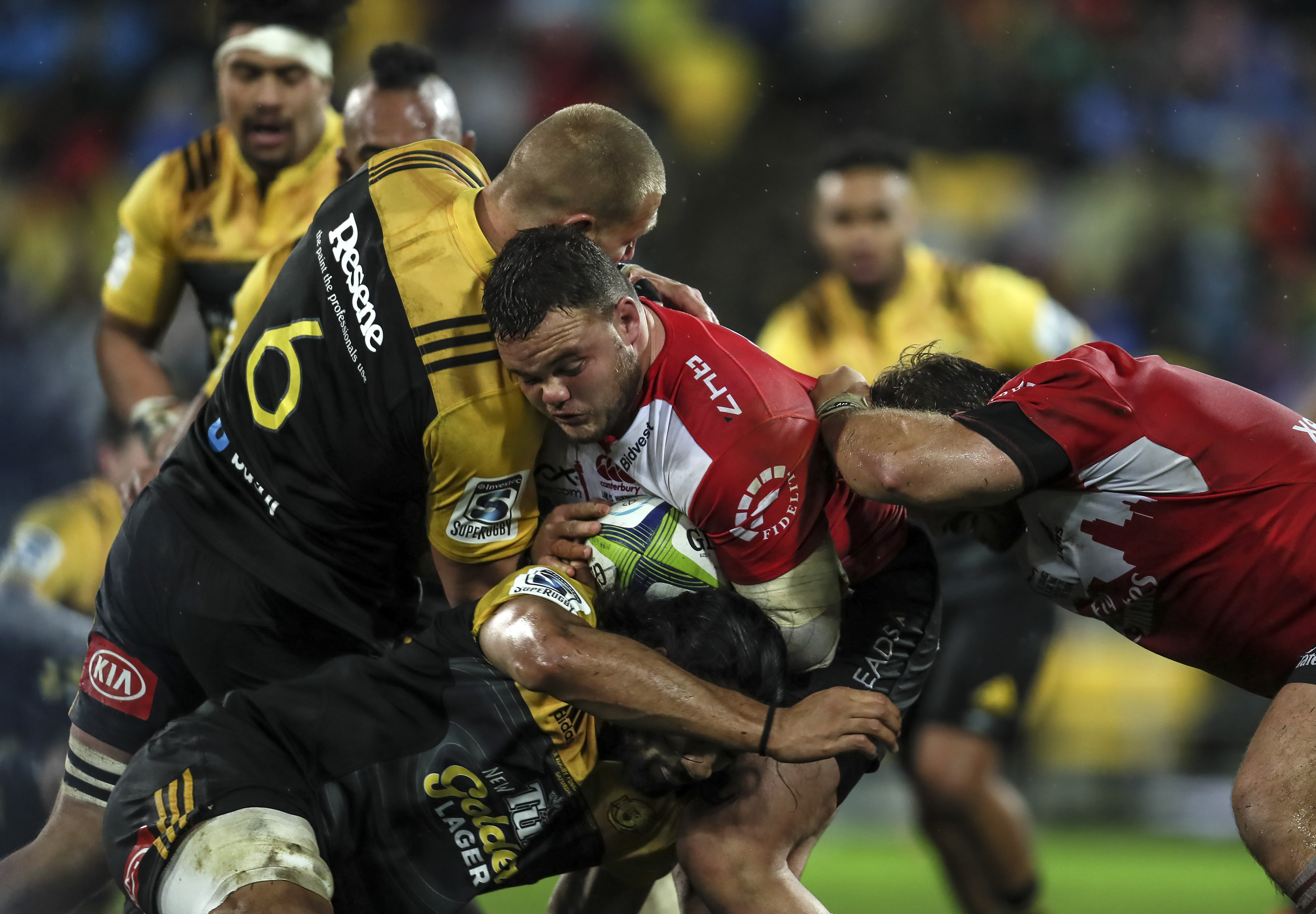 Dylan Smith of the Lions is tackled. Photo: Getty
The Hurricanes launched an extraordinary comeback while Lions lock Iain Henderson was in the sinbin to snatch a thrilling 31-31 draw with the tourists.

No one ever knows what to make of a draw but in this case, both sides will have come away moderately happy.

The Hurricanes will know they did everything they could to claw their way back in from a long way back. They will know they were brave, passionate and inventive in the final quarter to score two quick tries and change the course of everything.

As for the Lions, they will be angry that they let such a commanding lead slip in the final quarter. But once they get over that, they will also know that they showed plenty of heart to hold on and not let a draw become a defeat.

It was a brilliant last quarter. A game of cat and mouse. Then Lions were about dead on their feet and certainly out of ideas. The Hurricanes had all the ball, all the energy and were playing all the rugby.

Wes Goosen and Vaea Fifita crossed for tries during the main advantage for the home side, who had been 23-7 down at halftime and trailing 31-17 with 13 minutes remaining.

Tommy Seymour crossed twice and his fellow winger George North also scored for the Lions, who had fed on Hurricanes mistakes to establish a big lead before they came storming back. 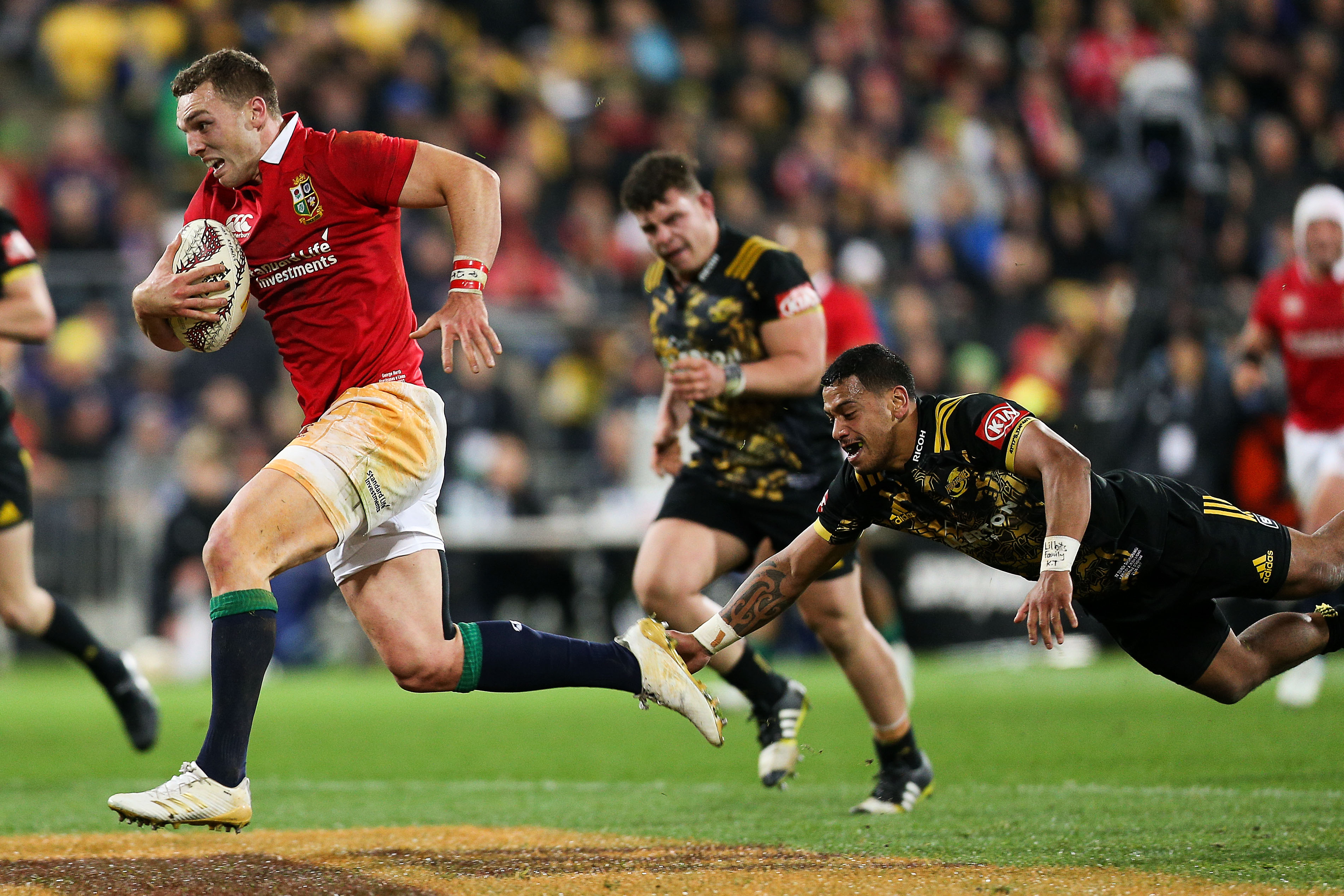 George North of the Lions beats the tackle of Te Toiroa Tahuriorangi of the Hurricanes to break away for a try. Photo: Getty

Callum Gibbins and Ngani Laumape also scored tries for the Hurricanes, who had scrumhalf Te Toiroa-Tahuriorangi yellow carded in the second half for a high tackle.

They were ripping holes in the Lions just by punching the ball up through the forwards, and then releasing Laumape who will  give a few Lions players some sleepless nights in the days ahead.

He clattered into bodies and created huge holes and every time he had possession the Hurricanes had the Lions scrambling.

But the Hurricanes couldn't find the killer punch. They didn't have that last score in them.

To the credit of the tourists they threw themselves at their defensive chores when it looked hopeless. They couldn't stop the Hurricanes from getting on level terms, but the fact they salvaged a draw was at least something for them.

A point of difference if nothing else and that it also meant they can review their performance as more glass half full than glass half empty. 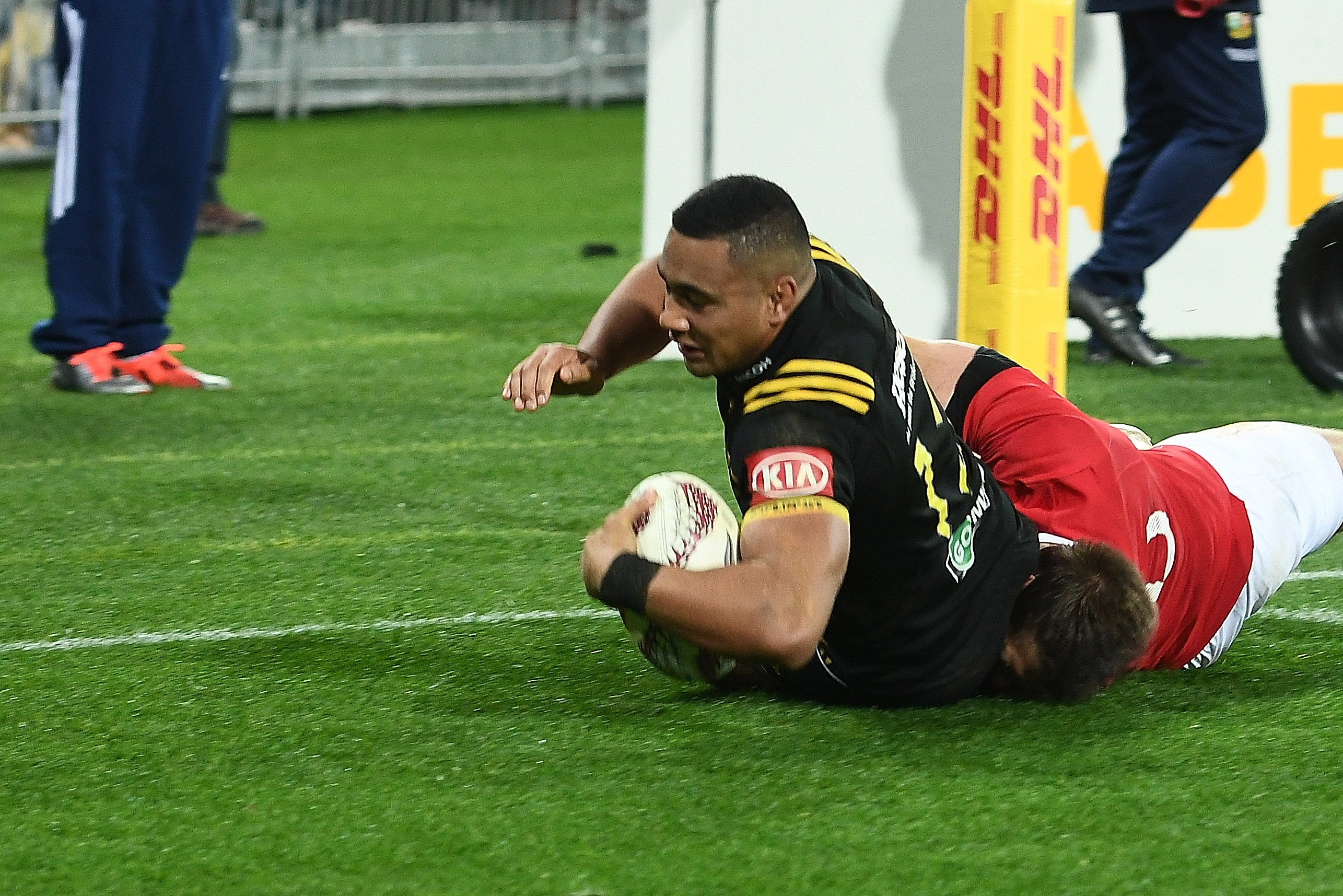 They can at least feel that time has been a good friend to them. The more the midweek Lions have had, the better they have become. They weren't so far off even when they were losing and perhaps the big difference in the last two weeks is the clinical edge they have brought.

They finished their half chances partly because their execution was smarter but also because they were more alive to the opportunities. They had an urgency that enabled them to pounce when their hard work opened holes.

If they were able to hang around for another few weeks, they'd no doubt be a dangerous team by them - playing significantly better rugby then when they arrived.

They'd no doubt be better able to hang in for the full 80. If there is one big lesson this midweek team will take home with them, it is the need to be able to keep going all they way to the last play.

The Lions ran out of steam fast in the final quarter - not helped of course by the yellow card to Iain Henderson but then again, it may have been fatigue that led to his poor decision to lift Jordie Barrett past the horizontal and dump him.

For much of the game until then, the Hurricanes couldn't quite find their composure. Not enough anyway. When they needed one more pass, or one good decision to keep their attacking momentum, it wasn't there.

It was a little bit forced at times, just a touch frantic and the Hurricanes seemed to be miss the calm authority that is usually brought by TJ Perenara and Beauden Barrett.

The Lions have no more midweek games remaining on their tour of New Zealand with just the second test against the All Blacks at the same ground on Saturday before the tour concludes with the third test at Eden Park on July 8. 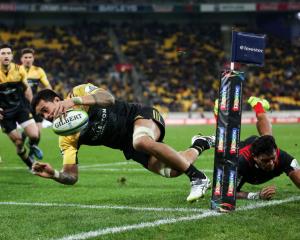