Rugby: Blues no less a threat to Highlanders 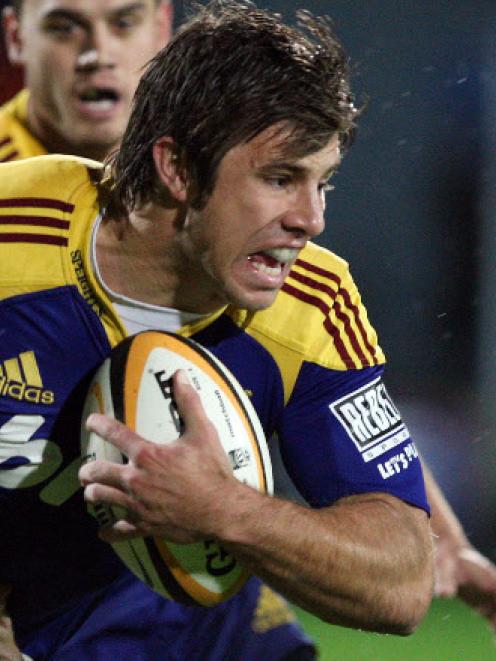 James Paterson
Highlanders winger James Paterson believes the Blues pose as much if not more of a threat than the Crusaders in the Super 15 rugby showdown at Carisbrook on Friday night.

The Blues, who lead the New Zealand conference by four points from the Crusaders, play the third-placed Highlanders in a match crucial to the aspirations of both.

Paterson, 24, who scored two tries in the Highlanders' upset 26-18 win over the Crusaders in Nelson last weekend, is in no doubt they will need to produce something special to beat the Auckland-based franchise.

"We almost see the Blues as more of a challenge than last week in some ways," he said.

"They've got attacking threats all over the field. It's one of those games where we've got to break down what we need to do against them and go into it completely focused.

"They're a dangerous side, very dangerous. They can play several different types of game but it's a case of us playing our game and doing it well. It's about building pressure and converting pressure into points."

Paterson, who will mark either Rene Ranger or Joe Rokocoko, has respect for both opponents.

"They're both All Blacks and quality players. Ranger is quite a power runner so you've always got to watch him on defence."

Paterson, who did not score a try in 11 matches for the Highlanders last year, was delighted with his double against the Crusaders.

"A game like that does a lot for your confidence," he said. "The lack of tries is one of those things. I've been injured quite a bit this past year (he broke a leg playing for Southland against Taranaki) and it's taken a bit of time to get my speed and power back and to get some opportunities."

Paterson said the victory over the Crusaders was a special highlight.

"As a rugby player you always want to test yourself against the best and they have been New Zealand's most successful franchise. For us to get up and win in that fashion … the boys were stoked. It was an awesome game to play in."

Paterson said there was a different atmosphere in the Highlanders compared to last year.

"There was a special feeling in the pre-season and we have a great group of guys. You can't ask for anything more when you're out on the paddock and every single guy inside and outside you is giving 100 per cent.

"That's the best thing about this team. You make a tackle and everyone encourages you to get off the ground, get back in the line and go at it 100 per cent again."

Paterson said the Highlanders were hoping for a crowd similar to the 21,000 people who flocked to Carisbrook for the match against the Crusaders last month.

"We didn't get the result we wanted that time but we think we can do better than that. There's nothing better for a rugby player than to play in front of a big noisy home crowd."