Rugby: Few regrets as Reid decides to move on 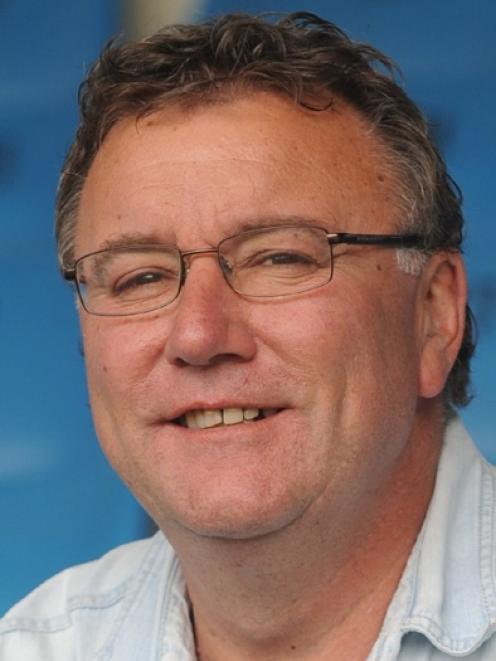 Richard Reid
Richard Reid would like to have seen better results on the field but he says he leaves Otago rugby with few other regrets.

Reid will end his four-year tenure as Otago Rugby Football Union general manager (previously chief executive) at the end of this month.

The announcement yesterday of his departure did not come as a shock, with speculation his role will not exist if the union adopts a major restructuring linked to its move to the new stadium.

When contacted yesterday, Reid simply said it was time to move on.

"I thought four years was always going to be about the right time," he told the Otago Daily Times.

"And given the potential there could be a few changes, it seemed prudent to let the board know what I was thinking."

There have been major changes to the union and, specifically, Reid's role since he joined Otago in 2007.

His first title was ORFU chief executive and Highlanders chief executive, and he inherited a struggling franchise and a financially moribund union that was trying to maintain a fading Carisbrook.

Reid became ORFU general manager when the union split with the Highlanders, and he no longer had to worry about the ground when it was sold to the Dunedin City Council.

"You always look back on a few things and wonder if you could have done things differently. But I've thoroughly enjoyed it and I think the union has made some progress.

"You inherit what you inherit, and you do what you can do. We were $8.5 million in debt when I arrived, so I think we've made progress in quite a few areas.

"In hindsight, maybe we could have moved quicker on a couple of things. But, overall, I think Otago rugby is in better shape now than it was when I started.

"These jobs are never easy, given that you live your life in the public domain and many of the solutions, to those outside of the business, seem easy and obvious.

"Things are never as easy as they seem and many of the constraints that you have to operate within can, and often do, complicate issues."

Reid said the highlight of his time had been seeing the development of young players through various academy and scholarship programmes.

Negotiating the exit from Carisbrook was also significant.

With Otago finishing 10th (2008 and 2009) and 14th (2010) in the first division, and then third in the second-tier Championship this year, it is no surprise that Reid lists on-field results as his biggest disappointment.

"That's what you live and die by. We made some progress in 2009 but I was disappointed in 2010. We had a strategy to get as many local players involved and it simply didn't work.

"We saw progress in 2011 and I would expect more in the next couple of years."

Reid did not think it was appropriate for him to comment on the Otago union's future.

He does not have a job lined up but has "a few ideas that I'd like to see come to fruition.

"In all likelihood, I will leave Dunedin. My children were coming to university here and, as a divorced parent, I took the point of view that it was important I was around in the same city as them.

"They're now coping quite well without me, so I don't think I'll stay here long term. That's not a reflection on whether I like the place or not."

Reid, a former New Zealand cricketer, has not applied for the role of New Zealand Cricket chief executive, vacated by Justin Vaughan, although he has considered the possibility.

ORFU chairman Wayne Graham thanked Reid for his contribution over what had been "challenging times".