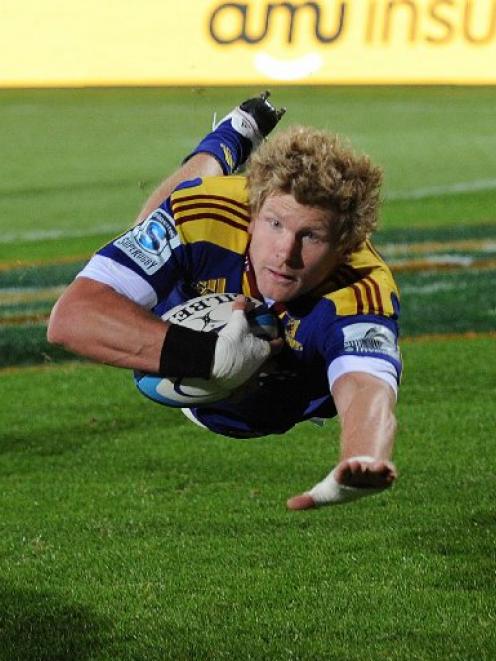 Adam Thomson
Loose forward Adam Thomson insists the Highlanders must overcome their fear of losing and attack the Waratahs in a Super 15 rugby match in Sydney on Saturday night.

The team's solid season has been blighted by close home losses to the lowly Lions and Western Force in the past fortnight and they have now dropped to eighth place with only a slim chance of making the playoffs.

Thomson said the Highlanders had been guilty of going into their shells against lower-ranked opponents.

"There's been a bit of a fear of losing in the past two weeks which wasn't there earlier in the season," he said.

"Rather than being the underdog and going out there and having nothing to lose and throwing the kitchen sink, we've been expected to win.

"We've been guilty of going into our shells and trying to hold on rather than playing footy and finishing the games off."

Thomson said the Highlanders were determined to get back to the attitude and style of rugby they played earlier in the season.

"We're going to Sydney to play some rugby. We've got nothing to lose after the past two weeks. We're keen to get back to the style that saw us beat teams like the Crusaders and Bulls.

"If we lose the last two games it will leave a bit of a sour taste. We've come a long way this year and we want to finish on a positive and go away feeling good about our campaign."

It is a crucial game for both teams, with the Highlanders on 45 points and the Waratahs one place higher in seventh on 47.

"They're a good team, a quality side with a lot of internationals," Thomson said of the Waratahs.

"They'll definitely be a challenge but we think we've got what it takes to knock them over."

Thomson said the Highlanders failed to finish off opportunities during their 14-21 loss to the Force.

"It cost us in the end when we went away from the gameplan and they (Force) started to come back at us."

"We've prided ourselves on counter-attacking at the ruck," Thomson said.

"We've been one of the best at doing that but it draws more attention from the refs and you've got to be really accurate when you're there.

"One week you'll get away with it, the next you won't. The team that adapts to the ref the quickest will generally do the best."

Coach Jamie Joseph cited mental fatigue as a factor in the Highlanders' last two performances but Thomson said that while it might affect players like Jarrad Hoeata and Jamie Mackintosh, who had had little or no rest during the campaign, it did not apply to him.

"I've had a month off with a rib injury and I'm raring to go.

"The game last weekend was my reintroduction. I felt a little bit off the pace and that was to be expected but this week I'm fired up and ready to go. Now it's about getting back to the performances I put in at the start of the year."

Thomson broke the cartilage between the ribs when the Highlanders played the Chiefs in Hamilton.

"It's still a bit sore but good enough to be playing," he said.

"Every time I sneeze or cough it lets me know but I've just got to get on with it."

Joseph has made five changes to the Highlanders starting XV who played the Force.

Tony Brown replaces Lima Sopoaga, who is at the world under-20 tournament, at first five-eighth, Aaron Smith replaces Jimmy Cowan, who is being rested, Alando Soakai replaces John Hardie on the openside flank, Jason Rutledge comes in for Mahonri Schwalger at hooker and Bronson Murray replaces Chris King at tighthead prop.