Rugby: Sopoaga back in running 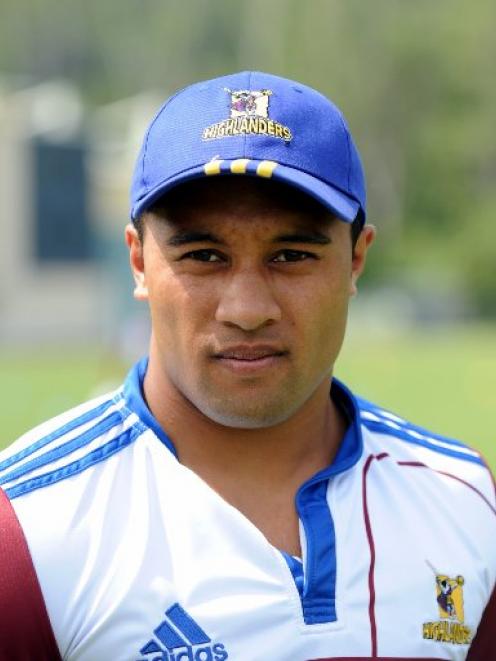 Lima Sopoaga
Lima Sopoaga has come back into calculations to wear the No 10 jersey for the Highlanders in their game against the Chiefs at Hamilton on Saturday.

With Colin Slade gone for the season and Tony Brown out with a hamstring injury picked up last week, Sopoaga is fit and available for selection.

Robbie Robinson is the other alternative.

Sopoaga started the first game of the season against the Hurricanes in Wellington in February but was injured against the Chiefs at Carisbrook the following week and has not been sighted since.

He suffered a shoulder injury against the Chiefs which took more than a month to heal. He has played a few games of club rugby for Zingari-Richmond and has also been at a camp for the New Zealand under-20 side.

Highlanders coach Jamie Joseph said Sopoaga was available. He would not go away with the New Zealand under-20 squad to Italy for the world junior championships until the end of the month.

"We've got two options at 10 there and those are guys who were picked in the original squad. When we look at it, Tony Brown has not played a hell of a lot for us," he said.

Though both Robinson and Sopoaga are exciting young players they do lack the guile to run a game and need to improve their goal kicking. Robinson is kicking at a success rate of just over 50%, which needs to be higher.

Second five-eighth Shaun Treeby is another who will not be available this week, and in all likelihood may not get back on to the park until the end of the month.

The Highlanders play the Hurricanes in Invercargill on May 13 and then have the bye, before a match against the Lions on May 28 at Carisbrook.

Joseph gave most of his players the day off yesterday as they were still feeling the effects of the match against the Blues at Carisbrook last Friday night.

The Blues won 15-10 in a match which featured a controversial refereeing display from Chris Pollock, who caned the Highlanders in the penalty count.

Many of the penalties were for illegalities at the breakdown yet the Blues appeared to be doing exactly the same.

"The ref did not help us, especially with his consistencies, but in saying that we probably did not do enough to win the game.

"We did not create the chances to win. Our set piece wasn't good enough, our attack was not accurate and we had a lot of handling mistakes. But if we had got the rub of the green then we could have won the game," Joseph said.

"We've voiced our disappointment with our concerns about the referee but we've got to get over it and move on now."

The Highlanders table a match report after every game which is considered by Sanzar.

Sanzar game manager Lyndon Bray could not be contacted yesterday about Pollock's performance. Pollock is to referee the match this weekend between the Crusaders and Stormers in Cape Town.