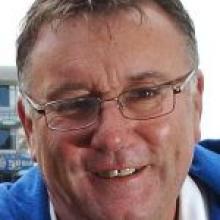 Richard Reid
Every possibility was considered - including chartering a plane - before it was decided to postpone the scheduled match between Otago and Manawatu at Forsyth Barr Stadium tonight.

The first game involving Otago at the new stadium will not take place tonight as the wild weather enveloping the country made it too difficult for Manawatu to travel south. It will instead be played on August 30, with the championship final put back two days to September 4.

The Manawatu team was due to land in Dunedin mid-afternoon, via Christchurch, after leaving Palmerston North yesterday morning, but never got out of the North Island.

Wellington and Christchurch airports were closed for periods and suggestions of travelling south by road from Christchurch were ruled out because of the state of the roads.

Otago players landed in Dunedin late yesterday afternoon after spending an extra day in transit, having diverted to Auckland from Hamilton.

"We tried every conceivable possibility but in the end, on the advice we have been given, we just could not guarantee that Manawatu was going to get here," he said.

"This is the first time in 22 years since Air New Zealand got involved that they have not been able to solve a logistical issue like this. We looked at charters, we looked at other ways to come, maybe flying [the Manawatu team] up to Auckland and then coming direct from there. But in the end there were no seats there. And we're not the only business in the market to charter a plane at the moment.

"Murphy's law says that tomorrow will dawn nice and fine and all the airports will be open but we had to make a judgement call with the facts we had at a certain time."

Reid had taken advice from the MetService and talked with Sky TV and Air New Zealand but had to admit there was no way around the problem.

"It is somewhat ironic that a stadium has been built to take away the elements of the weather yet one of the first teams to play in the stadium can not get there to play because of the weather."

Tickets for tonight's game will be valid for the rescheduled game, while those wanting a refund should contact Ticketdirect.

Reid said the good thing may be that if Otago wins its next two games against Tasman and Canterbury the match against Manawatu will shape up as virtual semifinal. Manawatu is joint top of the championship with Hawkes Bay, while Otago sits in a distant third place.

The game against Canterbury, on August 27, will now be the first Otago will play in the new stadium.

"It is very disappointing we are not playing Manawatu but that now means the first game in the new stadium is going to be against Canterbury, one of our traditional foes, which is going to have plenty of interest."

Manawatu Rugby Union chief executive John Knowles said the players had spent four hours at the Palmerston North airport yesterday but by early afternoon it was obvious they would not get out of the city.

Knowles said the players and union were disappointed to miss the game and the opportunity to be the first side to play Otago at the new stadium.

He spent much of yesterday afternoon helping Manawatu supporters who had booked flights for tonight's game to find new flights.

He felt the solution that had been found was the best one in an unusual situation.

• The Caversham football team was scheduled to land in Dunedin late last night, delayed by two days because of the inclement weather. The team was travelling from Napier via a stop in Wellington.

More than a dozen Southern hockey players are still stuck in Wellington and are due to fly home early today, while the rest of the men's and women's squads made it home yesterday.

• The match between Otago B and Otago Country to be played this afternoon at University Oval has been cancelled because of ground conditions.