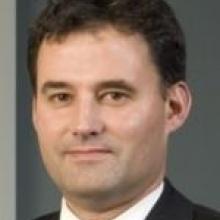 Nigel Cass
The new Forsyth Barr Stadium is expected to be ready for the 2011 Rugby World Cup.

That was the opinion of Nigel Cass, the general manager for tournament services for Rugby World Cup 2011, when he held a workshop in Dunedin yesterday.

"That is the advice we have been given," Cass told the Otago Daily Times.

"We are certainly very hopeful because it would be a magnificent venue to stage Rugby World Cup.

"We will be working closely with the city council to make sure we do everything to use the stadium if it is ready."

"One of the key factors for Dunedin is to make sure the planning is in place to use the new stadium that is being built," Cass said.

"We will be monitoring it closely, as it goes through its construction phase, and planning sensibly for test events in advance of the world cup."

During his visit to Dunedin in November Cass inspected the sites proposed for the world cup.

"Now that we have confirmation of where games are to be played, the main focus is to work with match cities on operational planning," Cass said.

"We have to get the match venues, the training venues and the city councils thinking about what they need to do to host the teams staying in the region."

At the meeting in Dunedin yesterday Cass and his team outlined details of how organisers wanted match delivery, team hosting, fan zones and other key areas to be implemented at the World Cup.

"We outlined how the cities needed to look in terms of street planning and a whole range of operational areas," he said.

Cass said he was impressed with the venues and was also encouraged by the united approach brought by the southern region. Councils and southern tourism organisations along with rugby unions had banded together to bring five games - three in Dunedin and two in Invercargill - to the South.

"With a little over two years to go, we are in very good shape," Cass said. "There is still a lot of work to be done but the work is rolling forward."

Staff from the Rugby World Cup organisation will be based in Dunedin a few months obefore the beginning of the tournament in 2011.

"We have contracts in place with the city and the venue and we will be working with the Dunedin City Council and the Otago Ruby Football Union to make sure all the planning is on target," he said.

Cass said that his committee has been impressed by the enthusiasm of Dunedin and Otago for Rugby World Cup, and rugby generally.

"When we drove past Carisbrook today, we found out that it is close to a sell out for the French test on Saturday," Cass said.

"We expect the enthusiasm that has been generated in the last couple of years to be used for Rugby World Cup in 2011."