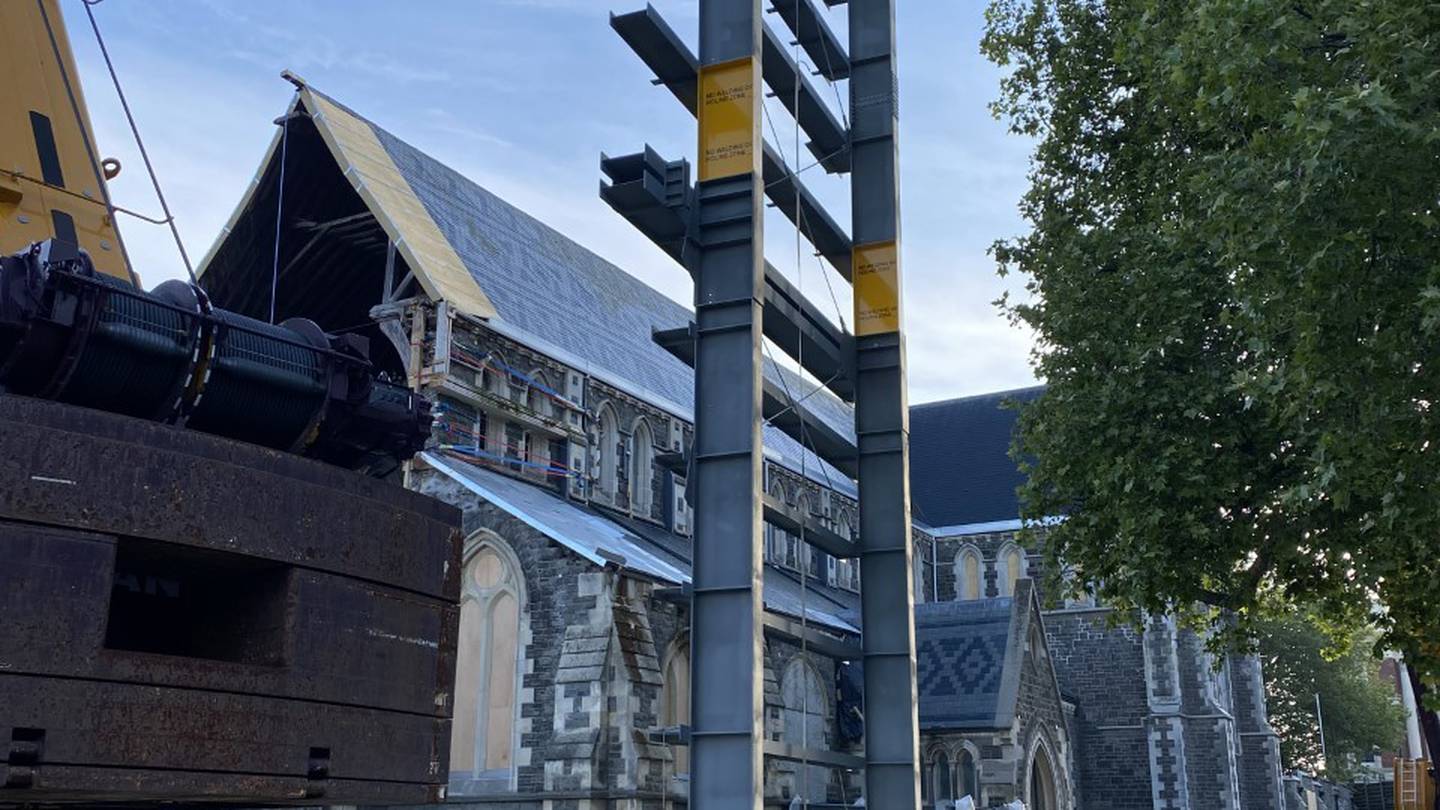 Photo: Supplied via NZH
A 30-tonne stabilisation frame has been installed on one side of the Christ Church Cathedral, as work to make the building safe continues.

There was a flurry of activity on the site on Thursday, with four cranes operating.

However, it also revealed the cost of this would be just over $154m, far higher than previous estimates.

"That provides bracing for that part of the building," he said.

"It looks like big, very heavy rugby posts ... and are stuck in the ground really hard." 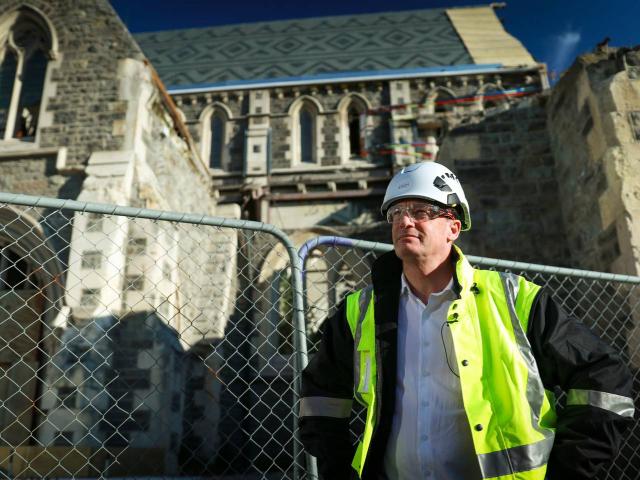 "Right now, we are working on the south side, the west end, and the north porch and the next thing to happen is the deconstruction of the old visitors centre," said Paterson.

That would happen before Christmas this year.

Other buildings would also be removed to give crews access to the east end of the building.

Tall fences that have surrounded the site for years would also have to be removed at some point.

"They're in a location at the moment that is constraining us with some of our work," said Paterson.

He said they would be pushed further out onto the footpath, pending Christchurch City Council approval.

"They're in a location at the moment that is constraining us with some of our work."

That would happen later this year or early 2021. The entire project is expected to be completed in 2028.