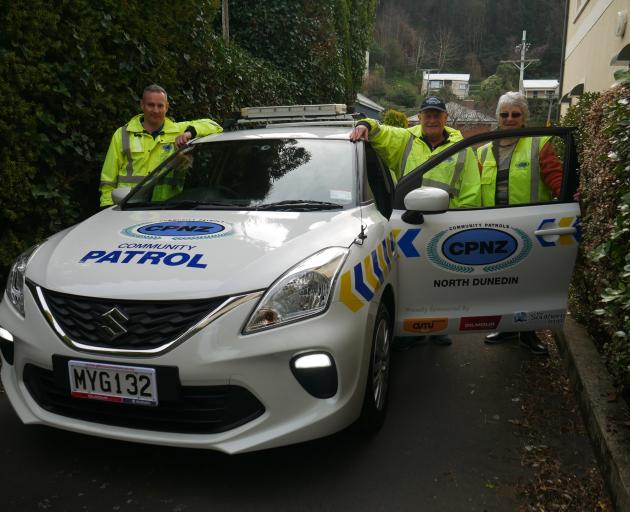 The Dunedin North Community Patrol Charitable Trust recently got a new car to help with its weekly patrols.

On Friday and Saturday nights, the local constable would give them tasks, most of which involved making sure premises in the area were "locked and secure".

This included making sure there was no "hanky panky" in school grounds, she said.

"We’ve had a number of young people that have [been in the patrol] and then they’ve joined the police."

Ms Sutherland said if she spotted someone doing something they should not be, she would approach them respectfully and give them a "motherly or grandmotherly chat".

She believed just cruising around the streets in the car, with its yellow and blue stripes — similar to that of the police — was enough to deter people from acting out.

At a meeting in February, the trust decided to replace its car rather than spend money to fix it.

Southern Trust contributed to get the necessary radio, lights and signage installed.

Ms Sutherland said the trust was grateful for all the support it received.