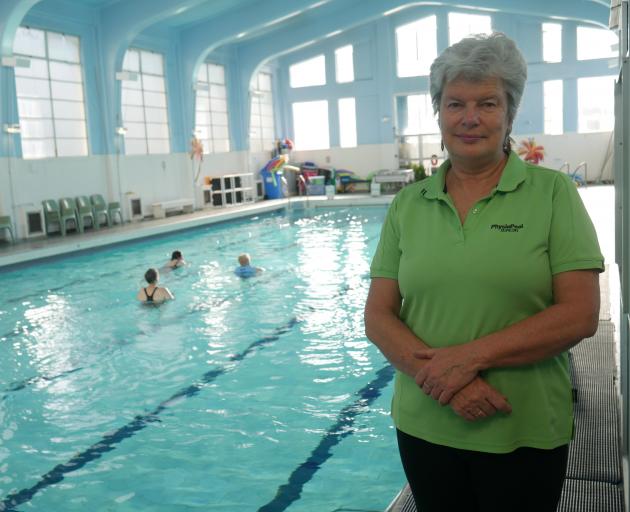 The pool opened on July 6 after closing in March due to the Covid-19 pandemic.

"People are very happy to be back and using the pool," pool supervisor Gaye Davies said on Monday.

The number of swimmers had gradually been increasing since the doors opened again.

"Last week was busier than the first two," she said.

"Word is getting around.

"That’s certainly what we need ... people coming in and using the facility."

Otago Therapeutic Pool Trust secretary-treasurer Neville Martin said before it could reopen, the pool needed to be cleaned, the water temperature had to be correct and the water quality up to standard.

The lockdown certainly made an impact, he said.

Having no income for three months affected the ability to make the pool viable.

"Even at the moment, under the current number of people who use it, it’s not viable.

"We need to increase numbers probably by a third to make it viable."

Major costs also needed to be reduced, so the challenge for the coming months was to create a plan to do so, Mr Martin said.

In 2014, the Southern District Health Board (SDHB), which looks after the building, announced it would close the pool.

It has remained open and was recently thrown a lifeline by the health board, which has agreed to let it stay until 2028.

The trust had been in an uncertain mode for the past five years, and the pool’s future was unknown.

"But now we’ve got some time we can start to get serious with our plans about trying to reduce costs and trying to increase numbers."

The decision by the health board was vindication the pool had a future in Dunedin, Mr Martin said.

"The SDHB, although it wasn’t able to be involved in the long-term future of the pool, at least gave the trust room to develop plans for the next eight to 10 years."

Ms Davies said the pool was especially important to people who use it for rehabilitation.

"They really missed it. We all did."