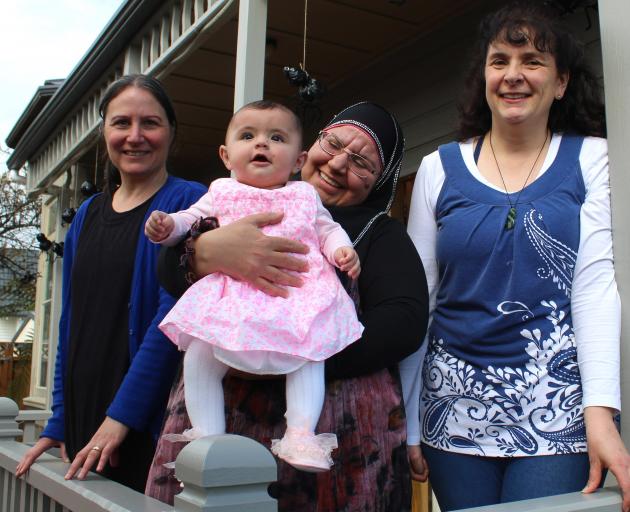 They aim to help refugees under the community organisation refugee sponsorship (CORS) pilot.

An evaluation report prepared for the Ministry of Business, Innovation and Employment found the pilot successfully provided an opportunity for community organisations to more actively engage in welcoming and supporting refugees.

The Government pilot has been extended and will assist the settlement of up to 50 refugees per year from 2021 until 2024.

Mrs McLay-Knopp said the collective was in touch with several Syrian families who had escaped the Syrian civil war, some to Lebanon and others to refugee camps in Turkey.

About three had connections to Dunedin.

‘‘We know that we probably won’t be able to bring all of them by any means but our hope is we can bring one or two under the new community sponsorship of refugees programme.’’

The refugee sponsorship programme had strict criteria so the collective was at first focusing on two families that most closely met the criteria.

‘‘We think they have got the best chance of getting in.’’

A minimum of $5000 was required for each family that came to New Zealand, Mrs McLay-Knopp said.

Those funds were to help with rent, bonds and buying household appliances or other items to establish the family in their new country.

To help raise these funds The Starfish Collective is running a Halloween Night Market from 7pm to 10pm on Sunday October 31 at 21 Royal Cres.

For details, anyone who is interested can email thestarfishcollective