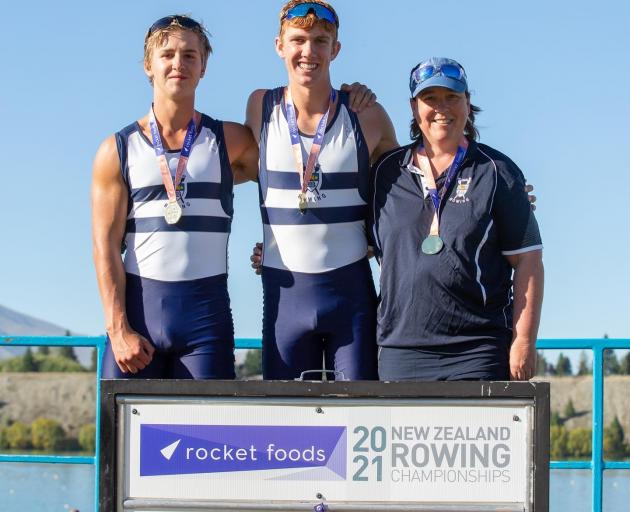 While she was shocked to win the award, she was flattered.

"I didn’t expect it, but it’s nice," Dunhill said.

The award was given in recognition of her coaching the winter development programme, the inter-provincial team, being on the association, helping various schools and clubs, and commentating at regattas.

Dunhill was vice-president of the association for about two seasons before being voted president at a recent AGM.

She has been in the city for three years, after relocating from the North Island with her partner Matt and two children, and joining Otago Boys’.

After starting the sport as an athlete about 19 years ago, she soon turned to coaching.

Over the years she has coached boys and girls secondary school squads and national squads.

While her training programme was no doubt successful and had won plenty of gold medals in the past, she had to rip it up and start again in Dunedin.

Due to the unpredictable weather, the Otago Harbour was not always a safe place to train, so Dunhill was forced to adapt.

And it has paid off.

"I’ve been coaching the best I’ve ever coached."

She puts a huge emphasis on fitness and safety and does not hesitate to opt for a land session over a water session.

"That means when we do get on the water it’s technically based rather than distance."

Many of her athletes went on to achieve great things in the sport, such as former professional rower Juliette Drysdale (nee Haigh).

In her first season with OBHS, pupil Ben Mason made the New Zealand junior quad. He has been followed recently by Reuben Cook.

Before them, the last Otago Boys’ pupil to do that was rowing great Hamish Bond.

Individual success was the icing on the cake, but not the be-all and end-all, she said.

Dunhill enjoyed how close the teams got and creating a positive culture where everyone in the team was equal.

Sometimes, their goals were based around making a final or performing their best, rather than winning golds.

"That breeds the success."