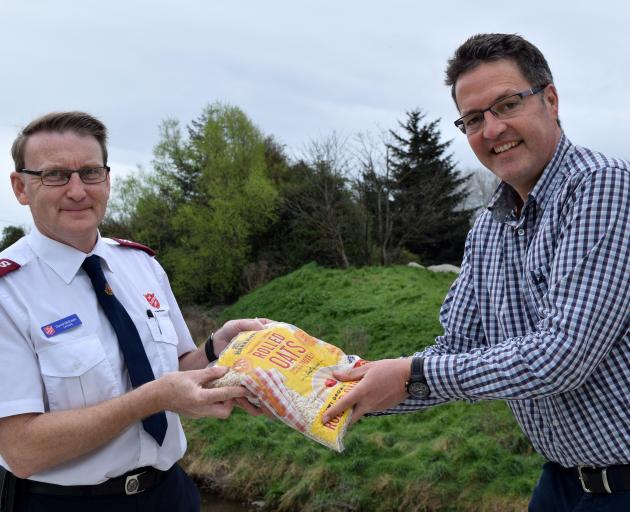 Harraway & Sons marketing manager Peter Cox said the Dunedin oat manufacturing company was giving about 5000kg of "nutritious" oats for The Salvation Army to give to some of its South Island clients.

The donation was designed to help combat the economic impact of Covid-19 in the South Island.

"There is some serious hurt and pain at the moment," Mr Cox said.

Harraways oats had been given to food bank depots in Dunedin, Invercargill, Queenstown, Christchurch and Nelson.

Many of the clients coming to the food bank in Dunedin were using the service for the first time.

"It’s people who have never needed to look for help before," Capt McEwan said.

Some of the people who were new clients had a long history of giving to the food bank, he said.

"People who were employed — donating money or time — and now they’re in need because they don’t have jobs any more."

Many people who had lost their jobs struggled to find help "because they’ve never needed it".

As well as an increase in demand for food in Dunedin, Salvation Army staff had also seen a rise in anxiety levels, he said.