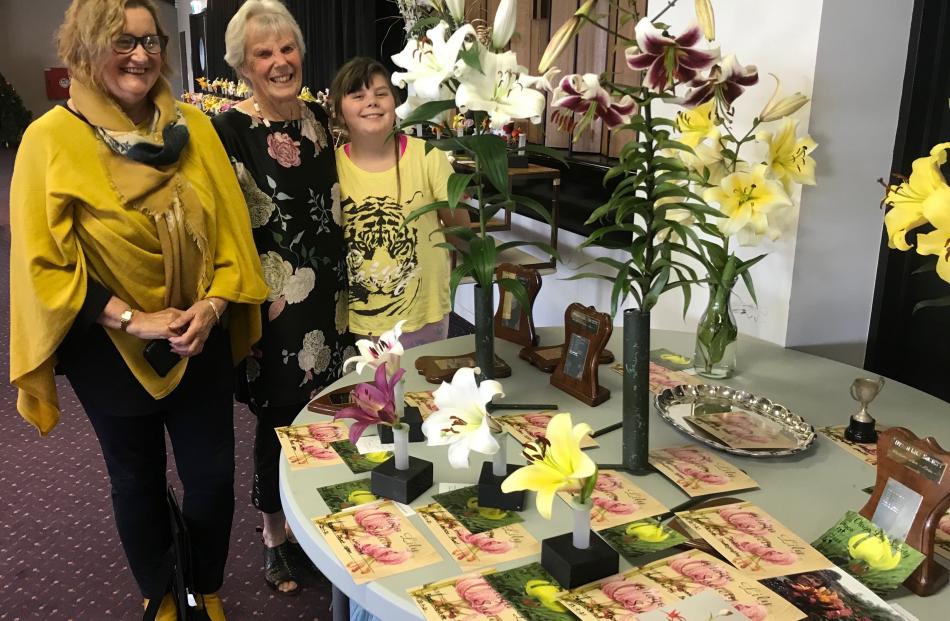 Admiring the top award winners at the Otago Lily Society show on Saturday are (from left) Jo Dryden of Dunedin and Heather Familton and Jasmine Familton (10), both of Palmerston. PHOTOS: GILLIAN VINE 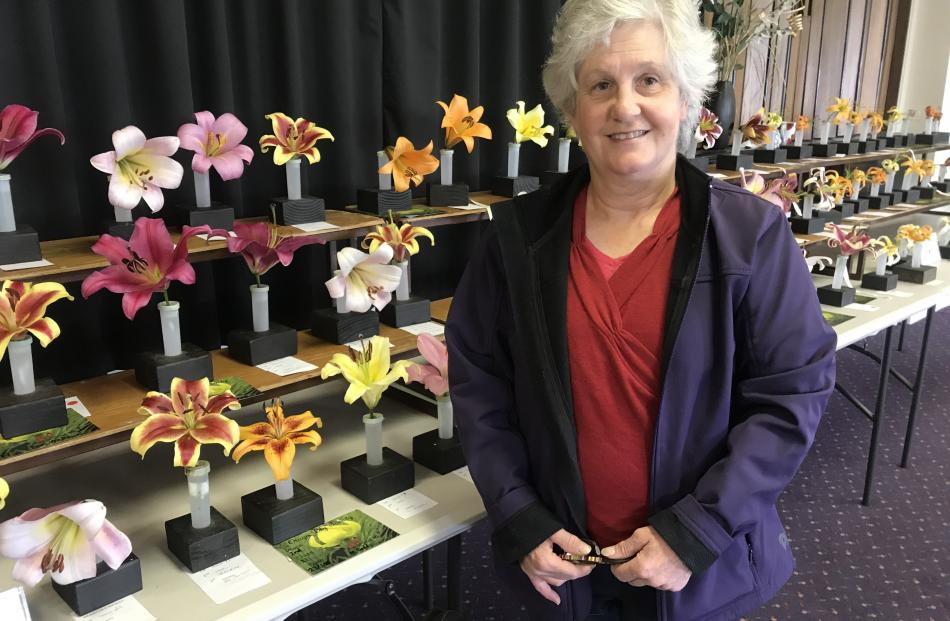 Annette Harman, of Brighton, in front of some of the florets entered in the show. 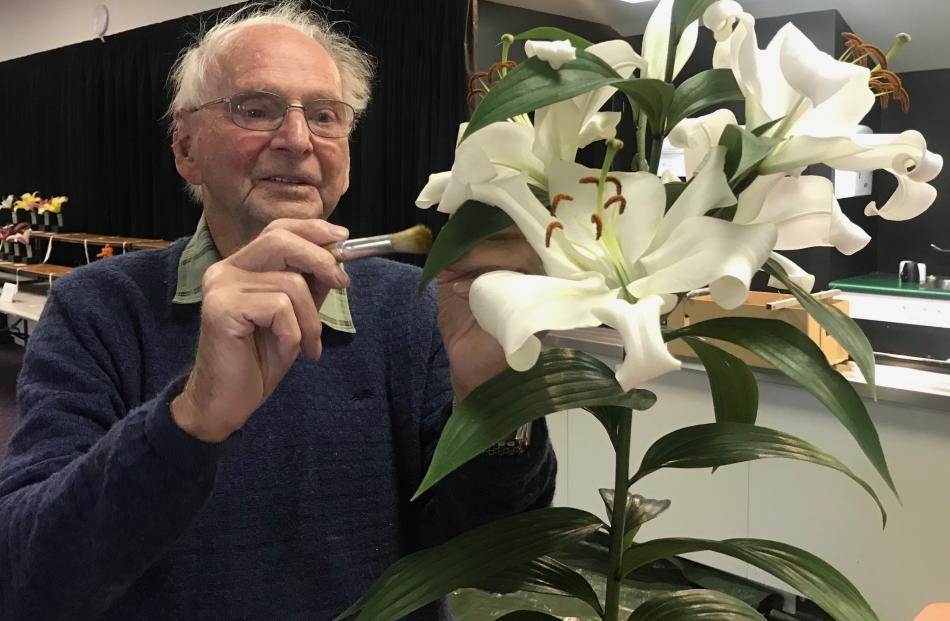 Des Poulson, of Timaru, uses a soft brush to remove pollen as he prepares a lily for exhibition. The stem of Zambesi went on to win best in show. 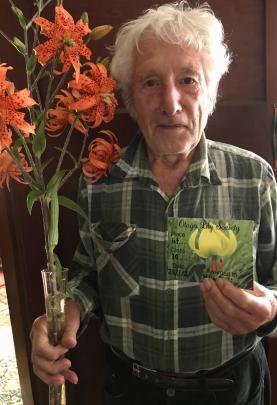 Henri La Rooij (85), of North East Valley, with his first-ever entry in a flower show. The tiger lily stem won first in its class at the Otago Lily Society show on Saturday.

Persuaded by a neighbour to enter a flower show for the first time, an elderly Dunedin gardener was thrilled at the outcome.

Henri La Rooij (85), of North East Valley, exhibited two double tiger lily stems, one of which won first prize in its class, the other a third.

"It was a lovely surprise," Mr La Rooij said.

"There were heaps of florets [individual blooms] and a lot of member contributions, which is fantastic."

"Photographic entries were up on last year, too."

Kerin Smith, of St Kilda, won the shield for best novice stem, while Des Poulson, of Timaru, took the premiere award with a stem of Zambesi, a pure white Oriental trumpet lily.

It was two in a row for Mr Poulson, as he had won the top award at the South Canterbury Lily Society’s show in Timaru the previous weekend.

The show was held at Forbury Park — not in the usual downstairs area nicknamed ‘‘the dungeon’’, but upstairs where exhibitors and showgoers praised the light-filled venue.

The move was necessitated by the closure of the dungeon, which had a substantial leak at one end.