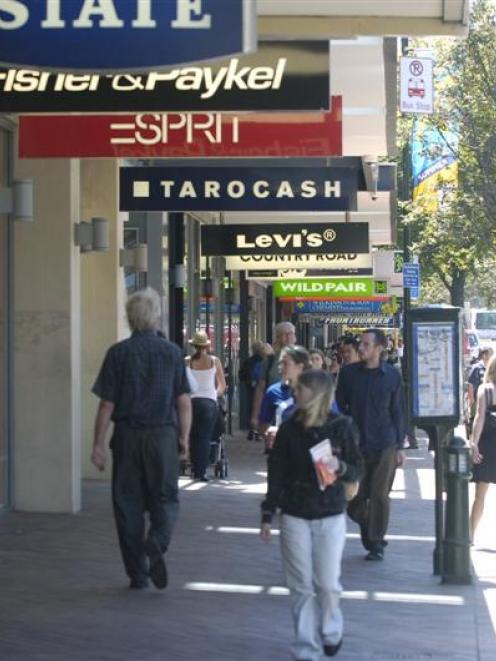 Otago-Southland Employers Association chief executive John Scandrett yesterday said that across the region, everyone was concerned to see the poor March index of 39.5 points.

"So it somewhat heartening to now acknowledge an uplift in the April survey to 46.3 points. While the level still remains under the 50-point threshold above which expansionary trends become evident, the moderate advance is significant, particularly given we're still having to operate around the spin-out earthquake impact factors," he said.

Mr Scandrett said both the South Island regions improved from their "severe level of contraction" in March.

However, analysing comments made by respondents in Canterbury, along with strong values for both sales and new business, showed the spike was mainly due to a drop in supply of some sub-sectors as well as the movement of various businesses in other areas.

It appeared the uplift in Canterbury-Westland was based on renewed optimism where retail and cafe-restaurant operators were seeing benefits flow from relocation to suburbs, he said.

"Across the construction industry, activity - or lack of it - serves to keep that sub-sector firmly in contraction mode," Mr Scandrett said.

"It has struggled to even stand still over recent years as per-person spending has fallen. Tourist arrivals have also obviously been hit hard by the recent natural disasters."

However, evidence of resilience was already beginning to emerge in April's statistics, he said.

Later in the year there was the Rugby World Cup to boost tourist arrivals and expenditure. Beyond that, the performance of New Zealand's international tourism market would largely depend on the state of the global economy, which could break either way.

The drivers of the decline in tourist spending seem obvious when considered on an individual basis, Mr Ebert said.

One was the growing importance of the short-staying, lower-spending, Australians which now made up about 45% of arrivals, compared to 35% in 2004.

The longer-staying and higher-spending Americans, Japanese and Europeans made up fewer of total tourism arrivals.

"It was a purple patch for the industry with not only a low currency, but rapidly expanding trading partner GDP growth rate post the Asian crisis."

The New Zealand dollar had been on the strong side of average since 2004 with its most recent strength coinciding with booming commodity export prices. That was cold comfort for the tourism industry, Mr Ebert said.

In New Zealand's in-bound tourism industry much would depend on what happened elsewhere in the world, which remained uncertain.

Consensus was forecasting ongoing steady growth in the global economy but there was potential for either growth or a slump.

"So, the industry needs to be flexible as much as anything else in its views and planning," he said.