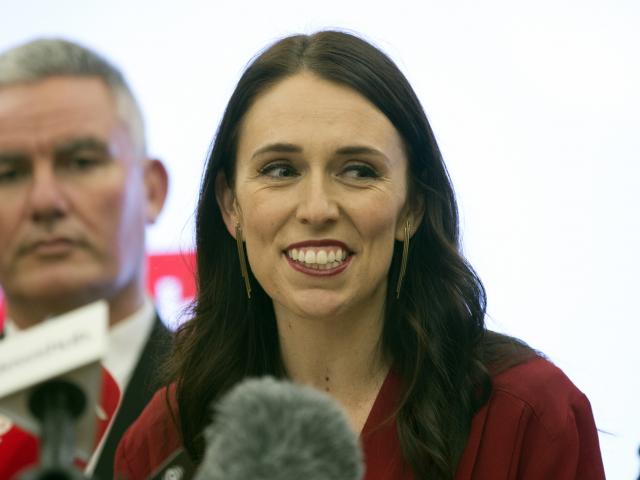 Jacinda Ardern Photo: NZ Herald
Jacinda Ardern's intricately-interlocked ministry is in place. The BIMs have been delivered. One will likely open a door to a wide new space Ardern will want to drive into.

A BIM is officials' ''briefing to the incoming minister''. In 2014 ministers heavily redacted many, which reflected badly on officials' supposed party-political independence. Earlier this year officials briefed ministers on Winston Peters' superannuation.

Thus, some officials fear the new ministers will be more wary of them than after previous changes of government.

More on that in a future column. Of high potential long-term interest in this crop of BIMs is what the Treasury is telling Grant Robertson about ''wellbeing economics'', a way of assessing overall wellbeing devised by Amartya Sen and developed here by Lincoln University's Paul Dalziel.

For eight decades ministers have obsessed about gross domestic product (GDP), the output of market goods and services - ''stuff''. GDP builds or runs down financial and physical capital.

Comprehensive prosperity - what makes for a good life, or wellbeing - is much more than ''stuff''. It includes many domains of life and encompasses at least three more ''capitals'': natural, social and human.

While New Zealand is down the OECD pack in GDP per capita, when measured on those wider domains, as people mostly do in assessing their personal prosperity, we come out near or at the top of the world.

To stay up there the stocks of those other capitals and the flows of wellbeing benefits from them need to grow.

The Treasury featured wellbeing prominently in its latest long-term fiscal statement last November. Now it aims to have a first stab at valuing natural, social and human capital in its four-yearly investment statement next March.

This is not straightforward.

Unlike physical and financial capital, measuring the capital value of and benefits from natural resources is very difficult - and some greens think putting a dollar figure on them diminishes their intrinsic value.

Social capital can include the likes of trust, the rule of law, co-operation and connections and institutions. Human capital can include skills, competencies and physical and mental health status. (The Treasury has been mulling a ''health working group'' to address gaps left by Jonathan Coleman. Departments' external science advisers laid the basis for the mental health programme earlier this year.)

Measurement gets even more difficult when it is recognised that wellbeing can include the likes of security and safety, freedom, community, work-life balance and life satisfaction.

To do the measurements will probably need recourse to proxies - but, then, the Reserve Bank's inflation target is a proxy for money supply, which was Milton Friedman's original focus.

In short, getting a grip on those other capitals will likely take a long time.

But put it in the context of a new, younger government.

First, it turns on its head the Bill English formula that when the economy - making and selling goods and services - does well there is money to tend the environment and social ills - many, ironically, caused or worsened by a tight GDP focus.

Second, Ardern and Robertson are aware of the Treasury's work and the Greens have long pushed ''ecological economics'', which focuses on changes in natural capital.

Wellbeing economics fits the new ministers' notion that the economy, while a big part of life, is a subset and servant of society and dependent on natural resources. It fits Ardern's aim to widen social policy targets far beyond English's and embed them in the Public Finance Act.

In that context, the Treasury wellbeing initiative has echoes of its early 1980s importation of Friedmanite market economics which laid the basis for the post-1984, radical deregulation of the economy (and much else) by David Lange's Labour government.

Echoes are not songsheets. Ardern and Robertson and even Shaw present more as reformers than revolutionaries.

But wellbeing economics is not a tweak of the present settings. If it works, it would be a deep change of policy approach, from social sticking plasters to holistic treatment.

So if, as senior ministers intend, Ardern's Government heads down the wellbeing track and does so with a measured tread that doesn't frighten too many horses at any one point and so stays in office, we might by the mid-2020s be looking back on a major policy transformation.

Most key ministers are of a new, well-past-baby-boom generation and New Zealand has a history of big policy shifts after long periods of stasis or modest change.

This conceivably could be another, if wellbeing economics can be made to work. That's Ardern's biggest opportunity.

In a sense, we are in Days of Hope.

The only certainties in life are death and nurses.