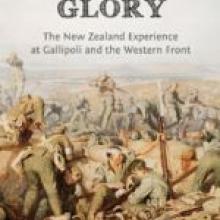 When another book is published on ground that has already been well traversed, such as New Zealand's involvement in World War 1, it needs to be something special to justify itself.

This book does contain parts that are special, but others are disappointing.

Matthew Wright is an experienced author and historian.

His account of the Dardanelles, Flanders and Picardy campaigns is outstanding.

He has chosen extracts from diaries and letters that tell the who, what, when and where; what it was like to be there.

It was horrible, of course, and we all know that, but he doesn't overdo it.

No-one coming afresh to these experiences could wish for a better introduction to them.

The many photos are well chosen and representative but suffer, as in so many World War 1 histories, from being old and in black-and-white.

Monochrome photos need paper of exceptional quality to do them justice.

Here, some come across blurred.

Readers not familiar with these campaigns have been let down by the maps.

They are too non-specific and do not provide a guide to the battlefields.

Here, too, the quality of the paper is partly to blame, but too many place names referred to in the text have no map reference, or if they do are blurred.

This must be partly the fault of the publisher.

Wright covers the context of the campaigns very well.

In fact, his coverage of the context of Gallipoli is the best I have ever read.

It is all there, and in just a few paragraphs.

The context of the battles in Belgium and France is also very good, as is his account of the postwar blues the soldiers suffered while still in Europe.

New Zealanders have become more aware in the decades since of just what its soldiers endured and the impact this had.

The men wanted to get on with their lives, so hardly ever talked, but their coping mechanisms included alcohol and alcoholism.

Many carried pain from their wounds, their amputations and gassing (specially this last) as long as they lived.

Wright is very good on these long-term impacts.

But the author has an additional agenda - to comment on New Zealand society and geo-politics at the turn of the 20th century.

He gives warning of his intention to do this with the book's title Shattered Glory.

In doing so he has allowed himself the luxury, and his publishers have indulged him, of imposing early-21st-century standards of those living in another time.

(I have encountered this before. When a very old veteran friend was one of those interviewed for an oral history, he invited me to the subsequent book launch.

There I met and spoke to his fellow veterans.

They all confided in me that they felt patronised by the author; that he did not respect their motives.

There is a strong element of that in this book, too.)

Wright does not hide his opinion of early-20th-century New Zealand.

There is no sense in this book that the soldiers felt that they were fighting for their lives, and felt that their country was, too.

Yet, empathising with that feeling is essential to understanding what drove the men, their officers, the government of the day and the general population.

There were other significant motives, of course, but that essential empathy is lacking.

The author speaks of the trait of "social purity" that permeated society back then.

It did, but was just one of many traits to do so.

Wright describes "social purity" as having "roots in middle-class settler idealism, the priggish, uptight collection of behaviours that most professed but few followed".

That statement says volumes about the author but does not define the many, many people of that generation whom I knew.

So, despite there being so much to admire in Shattered Glory, it cannot stand as a definitive account of the New Zealand experience before, at and after Gallipoli and the Western Front.