Ethel Benjamin - a law unto herself 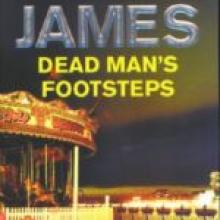 Clarke Isaacs reviews In the Footsteps of Ethel Benjamin.

Ethel Benjamin, New Zealand's first woman lawyer, after four years' study at the University of Otago, completed her degree in 1896 and graduated LLB in Dunedin in 1897.

Janet November has painstakingly painted an absorbing portrait of a competent woman who, early in her career, developed an assertive and tenacious business persona.

Shrewd and authoritative, Ethel Benjamin was punctilious in attending to details, many of them not of a legal nature.

It was perhaps little wonder that the law beckoned as a career when she was quite young.

In a Christchurch Press interview in 1897, aged 22, she described herself as "a strange child, and when very young would amuse myself with a dry old deed rather than with the dolls and other toys which usually help to while away childhood's happy hours". Her father was a landbroker.

November, painstaking in her research, traces in detail her subject's academic successes as she studied to become a lawyer, noting that she was probably the first woman lawyer in the British Empire to appear in court as counsel, which she did for the first time on September 17, 1897.

She was not invited to a Bar dinner soon after she established her practice, and wrote to the Law Society "in her forthright style" to ask why she was not extended the full privileges of membership.

And, against the spirit of the time, she advertised her services discreetly.

A number of her clients were hoteliers; she was a business partner of Walter Binsted, licensee of Wains Hotel.

Shrewd and authoritative, she involved herself enthusiastically in the minutiae of hotel management. And she became greatly involved in liquor licensing litigation.

Her involvement in the hotel business was an important part of her financial success.

For her "bread and butter" income, she relied on more mundane contractual and conveyancing work.

She favoured moderation, but not absolute liquor prohibition. She had no patience with drunkenness.

In 1897, she was appointed one of the honorary solicitors for the newly-formed Dunedin branch of the New Zealand Society for the Protection of Women and Children.

In her practice, she undertook cases on behalf of women who were badly treated, for which November says it is most unlikely she received any remuneration.

She had no hesitation in crossing swords on domestic issues with the celebrated Alf Hanlon.

She practised in Dunedin from 1897 to 1907 and married Wellington sharebroker Alfred De Costa in the Wellington Synagogue on July 23, 1907.

She began practising in Wellington, ignoring a resolution from the Wellington District Law Society that her advertising was unprofessional.

She and her husband went to England about 1910. Unfortunately, little is known about their life there.

She could not practise law, but apparently during World War 1 she worked at the Midland Bank in London, and was transferred to Sheffield as a bank manageress, the first woman to be given such a post in England.

Her husband suffered from asthma, and the couple spent the winters in the south of France or Italy to avoid the rigours of London winters.

In 1988, she described her aunt of that time as a kindly, elderly, small, rather dumpy person who was quite strict with children.

When Germany invaded France in World War 2, the couple were passengers on the first ship to leave Menton for England.

She died in Mount Vernon Hospital, Northwood, London, on October 14, 1943, from a fractured skull, after being knocked down by a "motor utility brake".

The net value of her personal estate in England totalled £20,798.

The last part of In the Footsteps of Ethel Benjamin, which contains 13 black-and-white photographs, outlines the background and career of five Otago women lawyers who followed in her footsteps: Marion Thomson, Margaret Mackay, Dame Judith Mayhew Jonas, Judith Medlicott, and Dame Silvia Cartwright.

A valuable part of November's book are full and wide-ranging notes, plus a good bibliography and index.

She has done Ethel Benjamin proud.