Poetry collection with plenty of heart 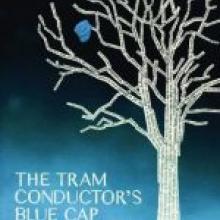 A short time ago poet Michael Harlow moved into the Caselberg Cottage at Broad Bay. He is this year's Otago University Burns Fellow.

Harlow was born in the United States and has resided in both Christchurch and Alexandra.

In 2004, he was the Randell Cottage Writer in Residence in Wellington.

It was here he finished The Tram Conductor's Blue Cap, his latest collection of poems.

It is not surprising there is plenty of movement in this new book, a follow-up to Cassandra's Daughter. In "With Paper Hats On", he begins "Once said in jest and jetzt the jest returning . . .", whatever that means.

Yet, this book is full of people leaving, others putting their shoes out and the small bird of memory floats away.

A mature man, Harlow glances backwards more than once in these 38 poems.

Our society may be keen to get rid of everything once it reaches its use-by date, but The Tram Conductor's Blue Cap is no pottle of yoghurt.

Harlow, for the most part, chooses introspection and self-exposure.

He has been a psychotherapist. Some of these poems live in a haze of distortion.

Strangled squeals and cries start making sense once these poems have been read a few times.

Harlow is a clever man. He throws in boasts and jokes. All the time the blue cap blows around.

This kind of poetry may be too much for casual readers, but innovative freaks will savour what is being offered.

- Hamesh Wyatt lives in Bluff. He writes and reads poetry.