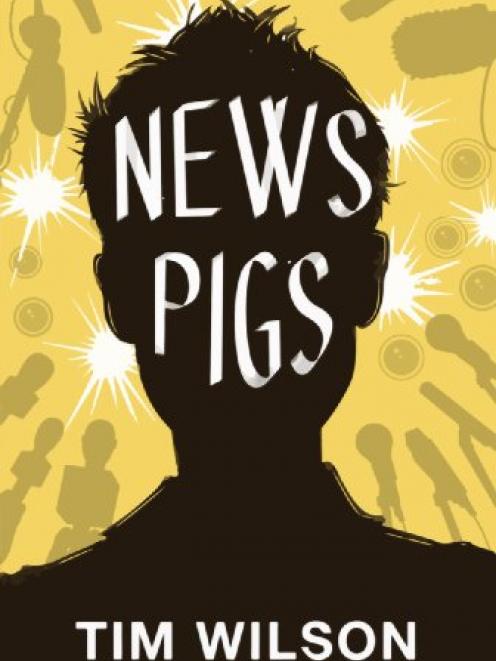 NEWS PIGS<br><b>Tim Wilson</b><br><i>Victoria University Press</i>
Persist with News Pigs and you will be handsomely rewarded.

But it does take persistence: about three chapters of hard slog through an unusual storytelling style replete with comments addressed to ''dear reader'', expletives written in symbols, and one-word sentences inevitably followed by exclamation marks.

But by then, whether because author Tim Wilson has spent his early head of steam or the reader has clicked in to Wilson's narrative style, the story begins to flow more freely.

And it is an entertaining story at that: the tale of hapless PLC (Plucky Little Country, not to be confused with its near cousin New Zealand) journalist Tom Milde, who is on a seemingly self-destructive quest to get a live television exclusive on location at a United States university shooting.

Wilson, who spent a decade as the TVNZ correspondent in the US, sends up the media industry, colonial angst and the search for significance in an insightful and humorous way.

He also populates his novel with a wealth of larger-than-life characters, such as Valois Plongeur, the hirsute, amorous French cameraman who describes the nature of news pigs.

Will Milde get his live exclusive? Will he find his generously proportioned Cinderella? Or will he be killed by iconic PLC foreign correspondent Samson Agonistes?

News Pigs is a confident, distinctive literary offering that probes and entertains in equal measure.