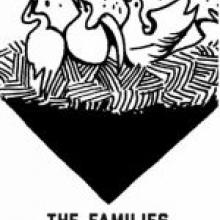 THE FAMILIES <br><b>Vincent O'Sullivan</b><br><i> Victoria University Press</i>
The Families, the seventh collection of stories by Vincent O'Sullivan joins the list of publications over a 50-year span that have firmly established him as one of New Zealand's leading men of letters.

The present collection, his first since 2006, affirms that as a writer of short fiction he remains a master craftsman adept at communicating subtlety and complexity of thought and feeling, often by indirection.

While the 14 stories have a variety of settings within and outside New Zealand, all of the central characters except one, the Filipino wife of a Waikato farmer, are New Zealanders at least in origin, most of them middle class or above, nine of the 14 female, most of them older except for the 7-year-old girl in the last one, Luce.

These central characters are the primary or at times the sole focus of the point of view.

Four are first-person narrators, the others focalisers in a third-person point of view (the reader sees all through their eyes, and has an inside view of them, all reported by an effaced narrator but with much of the report in the characters' idiom).

In some of the stories there are occasional sudden switches to another character as focaliser, to provide a contrast to the central characters' view.

Most of the stories centre on communication and understanding, or their lack, within families and marriages, with O'Sullivan's control of point of view a prime source of his subtlety and indirection.

In the title story, for example, the primary third-person point-of-view character is Kirsten, a 30-year-old daughter returning from Melbourne to Hamilton to see her parents after breaking off her engagement with her immigrant (Asian?) fiance because she realised she couldn't live with his family's silent non-acceptance of her.

Through her eyes we see her easy relationship with her loving, accepting, unambitious (and rather lax) father, and her more distant relationship with her super-efficient ambitious mother, and along with her we learn from her mother that she is leaving Kirsten's father because she can no longer in his retirement live with constant exposure to their differences.

We see Kirsten's surprise, and we see her keep it to herself, come to accept that the unexpected break-up is actually right for both her parents and thus she is unhappy mainly that they had not realised it sooner, as she tells her younger sister on the phone later, enraging her.

A whole range of family relationships and their history is suggested in a few scenes in 24 pages in which every detail counts. The reader arrives at Kirsten's understanding as she does, with no omniscient narrator providing analysis.

But not all of the point-of-view characters in other stories are as insightful as Kirsten.

In Luce the reader sees only what the 7-year-old girl sees and hears but we are asked implicitly to pick up significances that are beyond her: to see that she has been sent to stay with her aunt to get away from home because her father's friend has killed his daughter, that her long-haired uncle grows and sells marijuana, and that her objectionable 13-year-old always-texting cousin is using a walk with her as a screen to hide from her parents that she is secretly seeing her probably older boyfriend.

In many of the stories the reader is placed in the mind of a narrator or chief point-of-view character who does not evoke the agreement Kirsten does or the sympathy that Luce does, but rather leaves us with questions.

In Pieces, the longest and most problematic of the stories, we understand how and why Mandy suddenly makes her lucid, rational decision to opt out of the superficial, role-playing, hugely indulgent life she has had with her wealthy husband and their children - a life that has become to her a walk across the plain of unbounded boredom - by burning down the luxurious, beautiful North Shore cliff-top house her husband has had built for them.

But the question is left open as to how we should view that choice. In these stories O'Sullivan uses his craftsmanship and understanding to help us to see, but also to challenge us to think about what we have seen.

This bookrepays reading and re-reading.

Win a copy
The ODT has five copies of The Families, by Vincent O'Sullivan (RRP $35) to give away courtesy of Victoria University Press. For your chance to win a copy, email helen.speirs@odt.co.nz with your name and postal address in the body of the email, and ''The Families Book Competition'' in the subject line, by 5pm on Tuesday, June 3.