Satisfying reminder of the connections between us 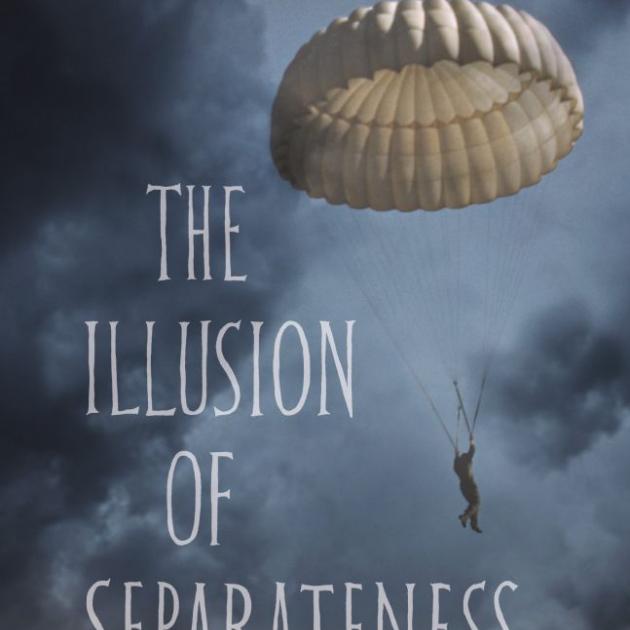 THE ILLUSION OF SEPARATENESS<br><b>Simon Van Booy</b><br>Text Publishing
Good old Google tells me Thich Nhat Hanh is a Vietnamese Zen Buddhist monk who founded the Order of Inter-Being a few decades ago. So take that as a clue to why Simon Van Booy opens his new novel with a quote from him: ''We are here to awaken from the illusion of our separateness.''

And look no further for the guiding idea behind The Illusion of Separateness. In 15 short chapters, Van Booy introduces us to half a dozen characters, their tales told in chronologically jumbled episodes ranging from just before World War 2 to the near-present.

The story opens in 2010 when we meet Martin, a Jewish orphan, now a good-natured orderly looking after ageing former actors. Then Mr Hugo, a grossly disfigured former German soldier, enters the cast. More follow: young, blind Amelia, running education programmes for the blind at the Museum of Modern Art; John, who survived the crash of his B-24 in wartime France; Sebastien, who discovers the old wreck of a plane in his father's fields; and so on.

At first sight, they seem to have nothing in common, but keep Thich Nhat Hanh's quote in mind as you gradually discover - as they do - the connections between them.

The book is quite short, as is the list of characters, so you won't need a notepad to keep track of who's who. It's not a detective story and I made most of the connections without much trouble.

Instead, it is a skilful, generously written work that makes the case that small acts of kindness, such as sharing food on a battlefield, can have unpredictable positive consequences.

Even if you don't believe that, the book makes satisfying reading. Only once or twice, when Van Booy indulged in waffly scene-setting paragraphs that read like a New Age manifesto put through a Babelfish, did I feel disappointed. Where are the editors when you need them?