Tale of Tasman told in breadth and detail 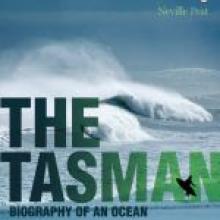 Clive Trotman reviews The Tasman: Biography of an Ocean.

Anything you reasonably need to know about the Tasman is likely to be right here in Dunedin writer Neville Peat's superb 240-page volume, The Tasman.

Rarely does a book cater so comprehensively for every likely readership, covering as it does the geology of the Tasman, its ancient history, successive discoverers, people, politics, flora and fauna, immigration, shipwrecks aplenty, climate ... to name but a few.

The author strives to organise his book into three main sections: nature, people, and the bordering countries.

Fortunately, he continually crosses those boundaries and a better story has been told by not adhering rigidly to the plan.

Peat begins with a few chapters about the Tasman Sea itself, originating in the separation and drifting apart of Australia and New Zealand beginning about 85 million years ago.

Straight away the richness of the text and illustrations emerges, with excursions into ocean bird life, the origins of the Australia-New Zealand weather patterns and ocean currents, coastal erosion, fish and marine life.

A superb photograph of astronauts working outside the international space station just happens to have caught Cook Strait and much of New Zealand in the background.

The theme of European exploration, commenced in the first section, expands into the second section, with a further chapter devoted to shipping from sail through to the modern liner.

The hard life of the early European colonists is well-described.

That families gave up everything for a gruelling one-way passage to the unknown, as far as one could travel, speaks volumes about what they wanted to leave behind.

The chapter "Heroic Crossings" describes many of the solo or dual-person crossings of the Tasman by sea or air, including the recent kayakers James Castrission and Justin Jones, and 16-year-old solo sailor Jessica Watson.

Surely the most intriguing was the fugitive, alias Richard Humphreys, who in 1942 took an Invercargill motor yacht for a trial run but secretly provisioned it and made for Tasmania.

He so matched the Australian likeable-rogue image that he almost avoided being sent back but, as the ship approached Devonport, he jumped ship - literally - and was never reliably seen again.

Characteristic of the Tasman nations, most people live near the coast.

The richly illustrated third section dwells upon the life - tough, idyllic, or indeed both - of the coastal communities of Australia and New Zealand.

So much of Peat's magnificent work is, of course, well known, but it's the detail and breadth that set this account apart.

The profuse illustrations are a mix of well-selected modern photographs and excellent archival records.

The style, highly accessible and informative, is lightened further by the liberal insertion of breakout boxes focusing on points of collateral interest: the difference between the El Nino and La Nina weather patterns; how fish can be herded by dolphin-calling; a potted biography of Phar Lap.

The high quality of production makes this a fine book to admire and possess.

For serious delving, to display nonchalantly on the coffee table, or as a superb memento for visitors to our corner of the globe, it's highly recommended.

The Tasman is due to be published next month.

Clive Trotman is a Dunedin science writer and arbitrator. An interview with author Neville Peat will run in next week's Magazine section.