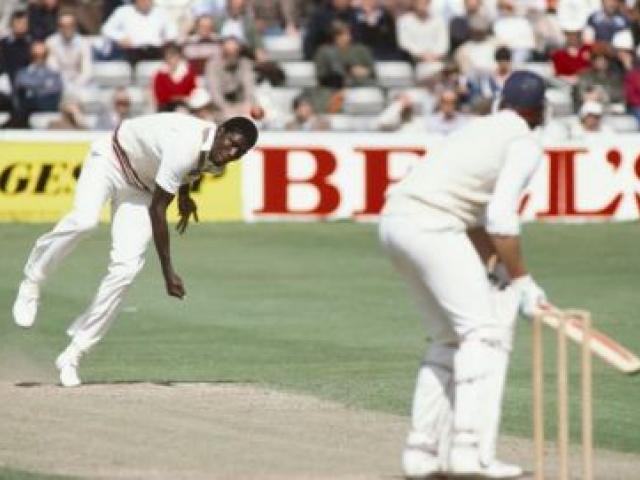 The New Zealand International Film Festival starts in Dunedin this week. But Otago Daily Times film critic Mark Orton has been in Auckland where the fun has already started. He passes on some tips to the thrills, laughs and life lessons headed our way.


With arguably the finest selection of films to screen at any International Film Festival, it is pretty tricky deciding on where to spend your money in 2011.

Fortunately, this wasn't an issue for me. Thanks to the kind folks at the NZIFF Trust, I only had to figure out where the time to see all the films would come from.

Sticking only to films that will screen in Dunedin, it was still a nightmare of indecision picking a path through a guide that seems to grow in size every year.

So, once I had made the decision to avoid the "Big Nights" films (Love Story, Tree of Life and Melancholia), the way forward quickly became obvious - 2011 would be all about sport and comedy.

What a joy, to be seated with a packed audience of cricket fanatics laughing at one of the finest sports documentaries, period.

Fire in Babylon is essential viewing for anyone who can remember the '70s and '80s, and has a vague interest in cricket. It is an absolute riot of a film that lifts the lid on one of the sporting world's most successful teams.

The great names synonymous with the golden era of West Indies cricket are all here. Sharing personal insights into what fired up their lethal pace attack, the film delves into the culture and politics of the Caribbean to show how a little bit of self-belief, some raw talent, and a few great cricketing brains forever altered the way the game is played.

Tackling Australian intimidation head-on and challenging the hegemony and racism of the sport's controlling body; the West Indies team led so brilliantly by Clive Lloyd possessed some of the finest athletes the game has seen, and some of its most amusing.

A feast of outstanding archive is spiced very cleverly with cunningly crafted interviews. Only an absolute cricket nut could have conceived something this good.

Having never shed a tear at any film - something I'm actually quite proud of - I couldn't believe it when a strange welling behind my contact lens started happening at the end of this brilliant documentary.

Crafted entirely from archive material and a voice-over track constructed from unseen interviews, Senna is such a moving portrait of not only a freakish motor racing talent, but one of the most fascinating sportsmen ever. To the world of Formula One racing, Ayrton Senna was the greatest exponent of car control since Juan Manuel Fangio, but to Brazil he was so much more.

He was the one unifying figure in a troubled nation needing a hero. Pulling no punches on Senna's legendary stoush with Frenchman Alain Prost, the film-makers don't play pretty with some of the more spurious aspects of his rabid quest to be the best.

Pulling you in with each and every twist and turn in the story - even the grainy video news footage blown beyond all sensible proportion - this is like nothing you have seen before. Even though you are fully aware of how this story ends, it is still a showstopper when you get there. Quite sublimely, the storyteller's respect and admiration for the subject shows in every frame.

With some of the finest footage never seen before, the life and death of Brazil's favourite son is unforgettable.

It's hard to believe that the game of chess once transfixed millions of people, but the evidence is here in fascinating archive footage unearthed from the early '70s. American chess prodigy Bobby Fisher captured global imaginations with daring chess moves and frequent episodes of random behaviour.

The will he or won't he showdown with the Russian Boris Spassky in Reykjavik - the meeting of the Cold War foes over a chess board - is better than anything Tom Clancy could have dreamt up.

Mixed in with the grainy film footage, are brilliant retrospective interviews edited superbly to paint a complex picture of an even more complex character. The interviews look a million dollars as the film-makers show their skill by in getting inside the heads of those who knew Fisher best, to lay bare the various theories on his ascendancy and eventual decent into neurotic nastiness.

Michael Winterbottom's feature-length blend of a six-part television series is far from flawless, but still trumps every other film in the festival laugh stakes.

The premise is really simple. Steve Coogen and Rob Brydon play themselves in a wickedly self-deprecating jaunt around fine dining spots in the north of England. Under the guise of writing a food column for The Observer, Coogen takes along Brydon when his girlfriend Misha (Margo Stilley) can't make it.

Ticking off a list of legendary gastro pubs, the men barely mention the fiendishly sumptuous cuisine they nonchalantly knock back. No, when their mouths aren't crammed full of scallops, they engage in frequent bouts of impersonations.

It's self-awareness tuned up to 11, as Coogen in particular sends up the preening self-indulgent characters that he so often assumes. Brydon on the other hand, is Coogen's nemesis, the happily married nice guy whose biggest issue is staying out of character long enough to be himself.

If you aren't easily offended, and manage to pick up on all the pop-culture references, then The Trip will leave you with an aching belly and tears streaming down your face.

Wales has a new hero and he has nothing to do with Tom Jones or Gavin Henson. Oliver Tate (Craig Roberts) is an awkward duffel-coated schoolboy with the best observations on life shared by a British character in recent times. Submarine is a quirky eclectic piece of film-making that manages to add something fresh to the coming-of-age genre.

As Oliver embarks on a mission to both seduce Jordana (Yasmin Paige) and save his parents' marriage, we get drawn into his delightfully unhinged existence. Meticulous attention to '80s detail and a wonderfully crafted cast of misfits ensure that you'll be caught between laughing and wondering whether you are supposed to.

Roberts is a revelation for sure, but its Paddy Considine who once again steals the show, donning an outrageous mullet for a brilliant send-up of the self-proclaimed mystic guru.

When director Mike Mills learned that his 75-year-old father was gay, having held steadfast to this secret for his whole life, Mills used the premise as the basis for a script about starting over.

From the freedom that he observed in his father in the five years that he lived openly as a gay man, Mills has crafted a beautifully whimsical portrait about following your heart and what that might mean to those closest to you.

With Christopher Plummer and Ewan McGregor cast in the two main roles, Beginners transcends time freely. Mills chops between years, decades, and characters freely, making the audience do a bit of work, but at the same time keeping the story vibrant and funny.

As 75-year-old Hal (Plummer) discovers house music for the first time, his son Oliver (McGregor) confronts a fear of relationships when he meets the stunningly photogenic Anna (Mélanie Laurent).

Topping off the witty and very moving ensemble piece is the finest canine actor since Rin Tin Tin, a charming Jack Russell with an uncanny turn of phrase.

• Catch it
The New Zealand International 2011 Film Festival runs from Thursday, August 4 until August 21. The films screen at the Regent, Rialto and Hoyts in Dunedin.

• Ticket giveaways
The Otago Daily Times has a five-movie pass to the New Zealand International Film Festival to give away. To enter the draw, email playtime@odt.co.nz with Film festival in the subject line, to arrive before August 3. During the course of the festival, we will be giving away tickets to films daily, so keep an eye on the front section of the paper for opportunities to win.