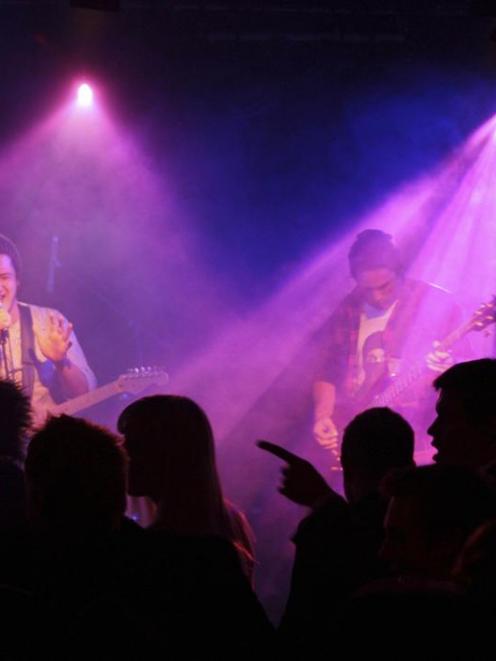 Six60.
Six60 recently took a break from gigging as they headed into the studio to record their debut album with producer Tiki Taane, but they're about to take their itchy feet out on a brief tour.

The only Otago date at this stage is in Queenstown.

Recently they also had the opportunity to work with DJ Mu from Fat Freddy's Drop and re-recorded the popular Don't Forget Your Roots. The song will be available this month via iTunes, Vodafone and other digital platforms, with remixes from Crushington and Damn Moroda.

The song is originally from their self-titled EP; the re-recording closes that chapter for Six60 as they prepare for the release of their debut album in about September.

Six60 play at Revolver in Queenstown on July 16.


• File sharing
Fans of '80s Dunedin music will remember fondly the contributions made by Peter Gutteridge, whose name is linked with The Clean and The Chills, along with his own band Snapper, whose first mini-album influenced people such as UK's Stereolab, among others.

He contributed a rendition of Toy Love's Don't Catch Fire to the Stroke compilation of Chris Knox songs to raise funds for Knox's rehabilitation, but has been a bit quiet since.

Dunedin student radio station Radio 1 has secured a recent recording, which the station is promoting at www.r1.co.nz/dunload.php as part of its Dunload series.

Kristin, who is in her final year at school, is the winner of the National 2011 NZ Secondary Schools Play it Strange songwriting competition, along with the MLT NZ Songwriter of the Year at the combined Tui's/NZ Country Music Awards.


• Pixie returns
The songs of New Zealand pop pioneer Pixie Williams (now Pixie Costello) are being remastered and re-released by her daughter as a single collection of 13 songs.

Long-time Dunedin resident Williams was best known for the song Blue Smoke, with which she had a hit in 1949.

But her daughter, Amelia Costello, says there is much more to her mother's music.

"Of the 13, my two favourites, Ain't it a Shame and Senorita - both by Blue Smoke composer Ruru Karaitiana - to my mind should have been hits for them both but issues with the masters in the day prevented widespread distribution," she says.

The collection, remastered from copies of the original albums, is to be released on Williams' 83rd birthday, on July 12.

They will be joined on tour by Auckland rockers Black River Drive.

The band plays at Revolver, Queenstown, on August 25, and Dunedin's Refuel on August 26.


• Hot to trot
Offshore, the Red Hot Chili Peppers are about to release their first album in five years.

I'm With You is their first album since guitarist John Frusciante quit for a second time in 2009 and was replaced by Josh Klinghoffer.

It has been produced by Rick Rubin, who also collaborated on 2006 double album Stadium Arcadium, which won the Grammy for best rock album.

The band is touring Hong Kong and Rio - still no word on a Dunedin gig yet.