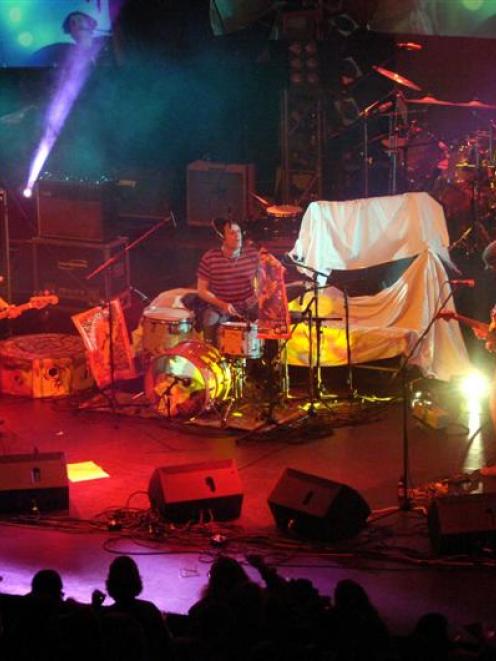 The Clean (above and below).
True and dedicated fans of "the Dunedin Sound" will have tickets in their clammy palms in anticipation of seeing The Clean at Sammy's tomorrow night, to help celebrate Flying Nun's 30th birthday.

In 1981, Flying Nun Records released The Clean's Tally Ho!. It became the rallying cry and the start of a charge that continues still.

Thirty years on, Tally Ho! has been chosen as the title for a "best of" compilation of artists from the Flying Nun label.

The two-disc set represents both the acts and songs that fall into the broad category of "pop music", as well as those who tested different boundaries.

Disc one opens with the title track, and closes with recent signing to the revived label, Grayson Gilmore.

The Pin Group, The Gordons, and Double Happys feature on the second disc, along with The Subliminals, who are the support act for The Clean tomorrow night.


• Pick me
If you've ever watched Deliverance and particularly, that scene ... the one where Drew plays duelling banjos with the odd-looking local kid ... you'll probably be a fan of the instrument.

Young banjo virtuosos, Alex Borwick and Catherine "BB" Bowness, are touring the country and are in Dunedin tomorrow to play at the New Edinburgh Folk Club.

"We've been playing together over the last 18 months exploring everything from Bach to Queen, and are looking forward to the opportunity to take our sound to some other parts of New Zealand," Borwick says. "We have an eclectic range of influences between us, ranging from genres like jazz, bluegrass and Celtic, to more unusual tastes, such as Balkan, tango, and '80s pop."

They have been guests at folk festivals around New Zealand, and have performed at venues around the North Island.

In November 2010, Alex and BB released the EP Play Banjo, a small offering of their musical ventures so far.

BB has played banjo since the age of 12, and has studied with some well-respected players in the US.

Both Alex and BB continue to hone their craft with regular trips overseas to learn from other banjo virtuosos.


• Another visit
Creedence Clearwater Revisited (below) have announced a summer tour of New Zealand and they're taking two well-known Kiwi musicians on the road with them.

Creedence has a playlist that includes hits such as Proud Mary, Bad Moon Rising, Green River, Down on the Corner, Fortunate Son and Who'll Stop the Rain.

There isn't a Dunedin show, but Otago fans can catch them in Queenstown.

The Kiwis are Jackie Clarke and Rikki Morris, who are promising a show called "Made in NZ", which they describe as: "New Zealand's biggest hits of the past 50 years. From the days of the Loxene Golden Disc awards, with hits from Ray Columbus and Shane, through to Dragon, The Dudes, When The Cat's Away, Dave Dobbyn, Split Enz and Crowded House - even Holly Smith and Op Shop".