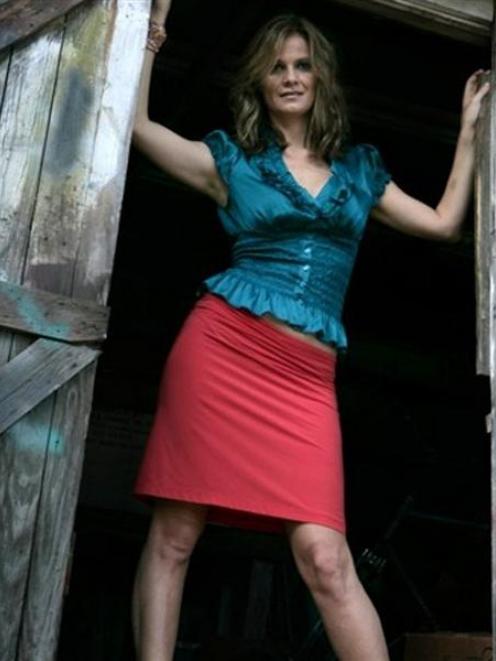 "The last year has been the most successful I have had in the United States. I have put in a few good years now." Photo supplied.
Gigs with Art Garfunkel, Madeleine Peyroux, Daniel Lanois, Tommy Emmanuel (the list goes on) ... Jackie Bristow has come a long way since she began singing in a Gore choir as a young girl.

Now based in Austin, Texas, a place with a "wonderful musical community", Bristow is returning to more familiar ground this month, performing several concerts in the South as part of a national tour.

"It is good for my soul to come home and, of course, to spend time with family and friends and take in the New Zealand scenery and fresh air," Bristow said last week. "I do find myself craving to see the oceans and mountains. I find myself feeling a little landlocked in Austin."

Inspired by a music teacher in Gore, Bristow took to the stage at the age of 8, singing in a choir.

Then, encouraged by her grandmother, she sang with her sister Katrina in an outfit called The Bristow Sisters.

In 1995, her muse led her to Australia where she worked as a nanny by day before singing at night in clubs. Five years later, a copy of her demo reached the desk of industry heavyweight Michael Gudinski, who signed her to write for Mushroom Music and record for Liberation Records.

Bristow has subsequently released several singles and three albums; her songs have been used in Australian film and television; and she is still scratching her head when reflecting on a hectic 2011.

"The last year has been the most successful I have had in the United States. I have put in a few good years now."

Being invited to open for acclaimed Australian fingerstyle guitarist Tommy Emmanuel on a 14-date tour in February has opened more than a few doors for Bristow lately.

Exposed to various promoters, Bristow has since supported a range of artists, including John Oates, Bettye Lavette and Joe Ely.

"I have played all these shows solo and received a wonderful response from American audiences. It is exciting and rewarding," says Bristow, who will return to Austin next month, when she will perform at the South By Southwest music showcase.

Bristow will be joined on tour by long-time friend and musical partner Mark Punch, who helped produce her third album, 2010's Freedom.

"I really do encourage local musicians to come and see Mark as he is a world-class guitarist. I normally tour solo but I wanted to bring something different to the tour this time."

Bristow plans to return to the studio later this year to begin work on a new album, slated for release next year.

Living in Texas has influenced me to really be myself - to try not to write a hit record but just to write a great song, to be authentic and honest.

"I was always afraid to sound country or folk, but I have stopped trying to fit in and instead am just being me."

Well, now's your chance for some wider recognition.

Every year for the past 37 years, Gore has hosted the New Zealand Gold Guitar Awards. The week-long country music celebration features the New Zealand Country Music Awards, including the best song category, for which the winner receives $1000.

To qualify, your song must have been performed for the first time (either live or on radio/TV) last year. But be quick - entries close on Monday, February 27.