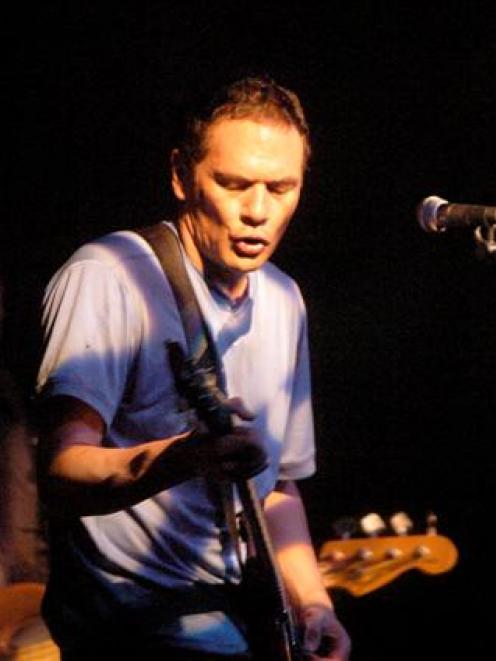 Shayne Carter plays at the University of Otago with Dimmer in 2005. Photo by Craig Baxter.
Former Dunedin musician Shayne P. Carter has been one of record label Flying Nun's brightest stars.

These days he's based in Auckland, but he's in the South this weekend with his latest project, "Last Train To Brockville", a look back at nearly 30 years of songwriting. The show is part of the Flying Nun 30th birthday celebrations.

Carter has performed the show in Auckland but is looking forward to bringing it home.

"It's where nearly all the songs in the set stemmed from so it means a lot to me to be able to go home and play that material. All that music has a lot of associations for me - people, specific times and places, various occurrences and events ... so it's pretty special for me to be able to take it back to that environment."

Carter says he is pleased with the band he's bringing to town.

"Mr Gary Sullivan on drums. Mr Vaughan Williams on bass. A power trio. The material really works in that context."

Carter has been on and off Flying Nun's books, but is good with playing for the birthday.

"Flying Nun did the first two Dimmer singles - Crystalator and Don't Make Me Buy Out Your Silence - which was quite some time ago now, so I haven't had anything to do with Flying Nun in a practical sense for a while. (Then again it didn't exist really for quite a long time did it? )

"Yeah, I had my ups and downs with the label but I guess you do with any person or entity you have that kind of long-term relationship with. But I feel pretty comfortable with where we sit in each other's story."

During his time in Dunedin, Carter was a founding member of three of the city's more notable bands - Bored Games, Double Happys and Straitjacket Fits - and penned some top tunes, with titles such as Joe 90, Randolph's Going Home, Needles and Plastic, Big Fat Elvis and If I were you. 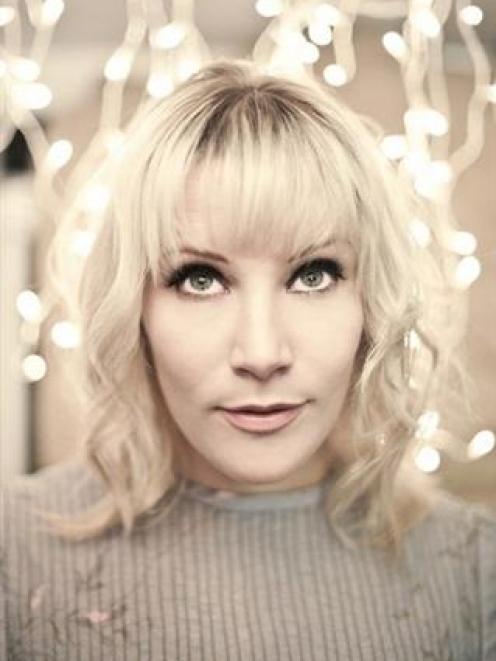 • In town
Auckland songstress Lisa Crawley has performed all over the world, and seems equally at home in five star hotels in Japan, the VIP Lounge at The Ritz in London, and grungy pubs back home in New Zealand.

Her sweet and sour brand of indie pop has seen her open for John Mayer and Jools Holland, and she was the youngest member to perform in "Give it a Girl" alongside top songwriters Sharon O' Neil, Annie Crummer and Julia Deans.

Typically heard entertaining crowds with her piano playing, Lisa is just as au fait with a variety of other instruments including the guitar, melodica, clarinet, glockenspiel, recorder and omnichord.

Her sound is said to incorporate elements of jazz, country, pop and indie.

Lisa Crawley visits Dunedin on her debut album tour on Friday for a gig at Chick's with Dunedin's own Delgirl.