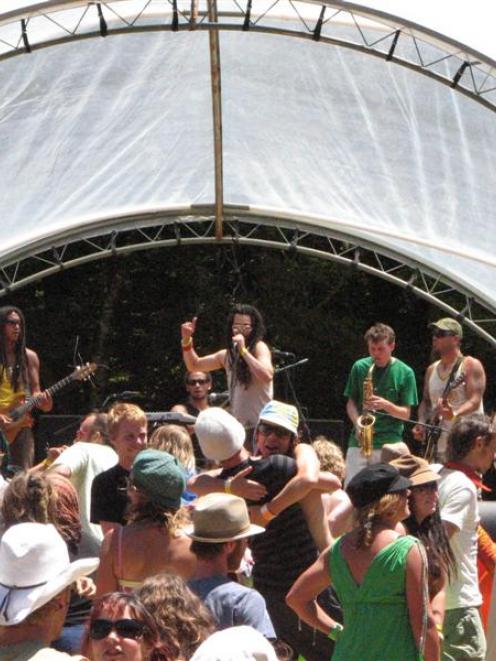 Taos in concert. Photo supplied.
Taos began as a duo on Waiheke Island in 2001, now calls Christchurch home, and is playing a host of New Year shows this year around the South Island.

In 2005 the band expanded with new members.

Dave Walters, the original guitarist, now fronts the band with vocals and keys; Chris Leqeta has continued on drums, ensuring the original Taos sound is heard; Aaron Flintoff is on guitar, and Tamati Taukamo is on guitar and vocals.

Taos plays across several genres from roots, rock, reggae into dub and dancehall. Dave Walters and Chris Leqeta say the band is looking forward to exploring the beautiful South.

Taos play at the Lake Hawea Hotel in Wanaka on December 30, before heading across to break in the new year in Queenstown at a joint event between the Dux de Lux and Subculture.

Death Cab for Cutie down under

Death Cab For Cutie began as a solo project of front man Ben Gibbard in 1997 with the release of a cassette demo, You Can Play These Songs with Chords, which led to a record deal.