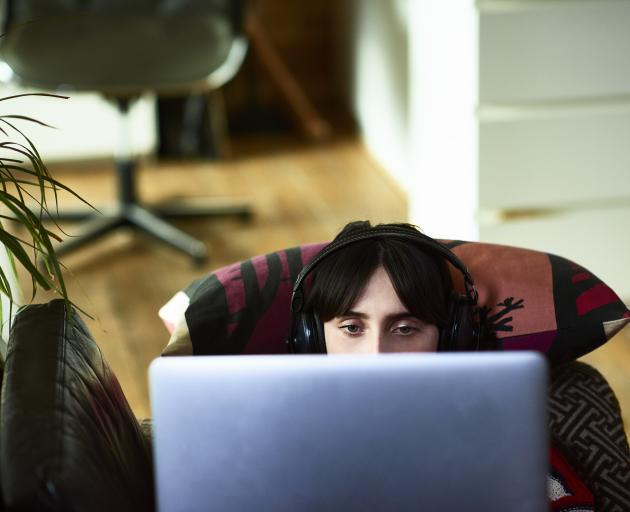 Photo: Getty Images
It’s hard to believe that just over a week ago I was interviewing a band preparing to embark on a national tour. Now we’re living in a world where every step outside our bubble must be carefully considered. Sure we could all see the storm clouds on the horizon, but who had any idea how quickly and viciously it would hit.

The local live music scene has had to quickly adapt, and we’ve seen a flourish of online live-streamed performances. Experimental artist Mud Death performed a mind-numbing set earlier in the week, Nadia Reid has performed in a few live streams, and even the infamous U-Bar pint nights have headed online, minus the unique multi-sensory cultural experience of the line outside.

For many joining a virtual "crowd" on Facebook or Zoom seems strange and antithetical, but it’s not a new concept.

In 2012, for example, online music festival SPF420 grew out of the "internet music" community and over the next few years held numerous events. Attendees would join a room on a video chat site and watch various DJs performing from around the world. The audience would engage with each other and the performers by typing text in the chat area.

Making an online event feel as significant as a physical event poses many challenges. Three hundred people in a physical space fills a room, while in a virtual space, you might not even know they exist. The energy you feel at a physical event, where the music is pumping and the crowd is roaring, is hard to replicate.

Last Saturday, in among numerous live-streamed performances from artists such as Benjamin Gibbard and Charli XCX, SPF420 returned for the first time since 2015. From the moment I joined I understood why the SPF420 events are remembered so fondly.

A big part of what made it feel significant was the fact that it wasn’t on Facebook, it was on some little-known site (syncup.world), which you rarely have a reason to visit. The site also offered interactive elements: Attendees could click to place stickers in the empty space around the video window and move them around. This quickly allowed for a micro-culture to develop as attendees learnt the rules and engaged with each other.

Whereas most platforms discourage spamming (repeatedly sending the same message) it was commonplace. It results in a chat screen which whizzes past. You feel the energy, you feel like you’re in a crowd of people, and the best part is you can join in.

It’s hard to describe to someone who hasn’t experienced it. One of my favourite moments was when a track played by DJ Et Aliae, included a vocal sample which sounded like the word "foot" and everyone in the chat started spamming foot. Strangely enough I’ll probably never forget that.

What I want people to take away from this is that online music events can fill the hole left by physical events. After all, it could be a long time before it’s safe to return to crowded bars and venues. What I hope to see is the rise of online music venues, hyperspaces specifically designed for hosting gigs.

If you’re wondering what to do this weekend, Undertheradar has updated their gig guide to list online events, take a look.