Here are some great local music releases from the past few months that might have slipped under the radar, writes Fraser Thompson.

Bandcamp are waiving their revenue share on June 6 so stream them for free over the week and, if you like them, buy them so you can own them forever! 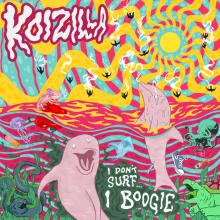 KOIZILLA: I DON’T SURF, I BOOGIE

I don’t surf, I boogie is the Dunedin five-piece’s fifth album and if you’re heading out of town for a long weekend holiday, this would make an ideal road trip companion. It further refines their well established psych-pop sound, delivering plenty of sunny, sandy vibes and a huge sound, which defies the fact that this was entirely self-produced in their living room. It genuinely sounds really good, and comes close to capturing the monstrous hugeness of their live shows. The songs are great as usual, catchy and filled with interesting time signatures, tempo changes, and riffs. "It’s not running away if it’s a holiday." 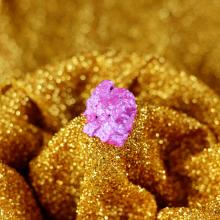 Kraus is a solo experimental musician from Auckland who’s been steadily releasing really interesting stuff and performing the odd live show for a while now, including some memorable shows here in Dunedin. This had me hooked from the first track, 1000AD, with its tilted rhythm and yammering synth lead, and continued to delight and surprise right until the end. Instruments and textures don’t usually come up more than once, and the songs never overstay their welcome or become too self-indulgent. It’s the sort of thing you can just sink into, and it’s kind of amazing. 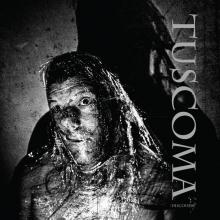 Wellington drums and guitar duo Tuscoma play the sort of shoegaze-tinged post black metal that really riles up black metal purists, but probably shouldn’t because there’s a lot to like. Last year they opened for huge US post-metal act Deafheaven, and somehow Deafheaven’s bassist ended up playing on this album, which is pretty cool. Discourse is their second release, and continues to refine the intense and stifling sound of their first. The combination of heavy discordancy, odd and often repetitive song structures that never quite go where you expect, and endless blastbeats creates a fetid tension that is only resolved by the closing note. 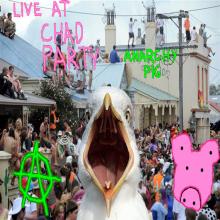 The seminal release from this Dunedin trio plays out like a surrealist fever dream. Opener CHAD TRAP sets the tone: A cheap drum machine holds down the rhythm section (sort of) while dual vocalists forgo traditional vocal enunciations for loose mumbles punctuated by the odd "yeah yeah yeah". It’s like an alien from another dimension trying to replicate classic rock while drunk on hand sanitiser and high on nutmeg. It’s like Nickelback except less stupid. Anarchy Pig deserves more credit than that though, the 12 tracks are varied and memorable, and it’s a very enjoyable listen. It’s refreshing to hear people who are good at making music just having fun and not taking it too seriously. An underappreciated gem.