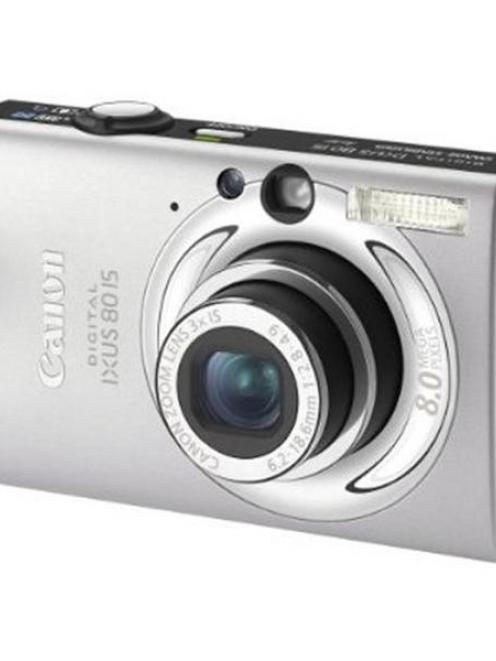 The Washington Post offers hot tips for shoppers looking for the best deals on gizmos and gadgets this christmas.

The market for MP3 players - more accurately called "media players", since most also handle photos and video clips - is dominated by one company, Apple, that didn't even enter this business until 2001.

Should you do anything about that? Probably not.

The iPod deserves most of its success: It's simple, it's stylish, and it works.

Competing players are often cheaper, but most fail to match the iPod in at least one of those core virtues.

If you were already planning on getting an iPod, you just have to pick one of Apple's four models: the tiny, cheap, no-display-included iPod Shuffle; the shirt-pocket-sized iPod Nano; the larger, high-capacity iPod Classic; and the iPhone-minus-a-phone iPod Touch. (Technically, the iPhone counts as a fifth.)For most uses, I'd go with the Nano.

It plays music and displays photos about equally well, it's almost as effective for playing shorter videos (I wouldn't want to watch a full-length movie on the thing), and it has the same elegantly simple clickwheel control as other iPods.

What about non-iPod players?Microsoft's Zune comes closest, with its own multimedia support; its built-in FM tuner; and a desktop Windows program that makes finding, downloading and subscribing to podcasts almost as easy as in Apple's iTunes.

Since my comparison of the latest iPod Nano and the most recent Zune, Microsoft's player has gained an extra advantage: If you subscribe to its Zune Pass service, you can download permanent copies of 10 songs a month, in addition to the unlimited number of restricted copies this subscription option allows.

The proof that digital cameras have arrived as a mass-market product?

You can now ignore the number that was once supposed to drive any such purchase, resolution.

Seven million pixels (megapixels) has become the minimum on new models, a figure way more than sufficient to allow for sharp 8-by-10 printouts.

But the passing of this number's relevance in the mass market doesn't mean that cameras have become a commodity with no room for improvement.

The former, expressed as a multiple like "3x," "4x," or "10x," indicates the telephoto reach of the lens. (Ignore "digital zoom," in which the camera crops a shot and magnifies what's left of the image.)

A 3x zoom has become a nearly universal minimum, which equates to about a 115mm or 118mm telephoto on a 35mm camera, but you can easily get 5x lenses on pocket-sized point-and-shoot models.

If, however, you want an optical zoom above 7x or so, you'll probably need a non-pocketable "ultrazoom" or an even bulkier digital single-lens-reflex camera that, like film SLRs, accepts interchangeable lenses.

What about wide-angle shooting?Many cameras still neglect that option.

As for screen size, the increasingly large LCDs on the back of cameras have made it easier to inspect and show off the pictures you just took - but many cameras sacrifice traditional optical viewfinders to make room for these displays.

That can be a problem when bright sunlight washes out the LCD's picture or you can't shut off the LCD to save battery life.

In their favour, some large-screen cameras allow you to operate their controls by touching icons on their displays, which can make things significantly easier than the usual controls: poorly labeled buttons and spinning dials on the back or top of the camera.

For assessments of individual cameras from an enthusiast consumer's perspective, check out the Digital Camera Resource Page, www.dcresource.com; for a more detailed, pro-oriented perspective, see the evaluations at The Imaging Resource, www.imaging-resource.com and Digital Photography Review, www.dpreview.com

It helps if you can play with one in a store, so you can see if you like, or at least tolerate, its arrangement of buttons and onscreen interface.

Most provide about the same map coverage and routing advice, so their differences tend to emerge in add-on functions.

Some GPS receivers, for example, incorporate live traffic updates, delivered through a small FM receiver at an additional cost; this can be a useful addition, but manufacturers have made a mess of it at times.

Bluetooth hands-free capability also makes sense as a GPS feature, but I can't say the same for multimedia options like music playback and photo viewing.

Any GPS receiver will need to have its maps updated at some point to reflect new construction, but your ability to install these updates or upload your own points of interest may be constrained by a vendor's limited software support.

Sony and Magellan, for example, require you to run Windows, while Garmin provides both Windows and Mac software for the job.

Like GPS receivers, these devices tend to stumble as they try to take on more jobs.

The most satisfying frames are often the simplest, combining just a colour display and a memory-card slot - pop a card in from your camera and watch.

Additions such as music and networked photo-sharing haven't worked out that well.

When evaluating a few different models, you should look at not just the size of their screens but their resolution.

Some cheaper models cut costs by offering a lower resolution than normal for their screen dimensions.

MiniDV tape is cheap and widely available, but you have to plug the camcorder into a TV to play back your footage, and transferring recordings to a computer for editing can take time.

Mini DVDs require a slightly larger camcorder and don't permit any easy editing, but you can also throw them into just about any DVD player.

Hard-drive based camcorders offer massive storage but require the intervention of a computer before you can share your movies with anybody.

Lastly, camcorders that take flash-memory cards don't allow for tremendously long recordings on a single card, but you can always pop in another one - then plug a card into a computer, TV or DVD player (assuming they have the right kind of card-reader slot) for later viewing.

Flash-based models seem to be taking up an increasing share of the market as the price of cards continues to plunge; the future doesn't seem too bright for tape and disc-based units.

Most camcorders can also take still pictures, but they tend to perform worse than digital cameras.

You may decide that you don't need a camcorder because your camera already does that job.