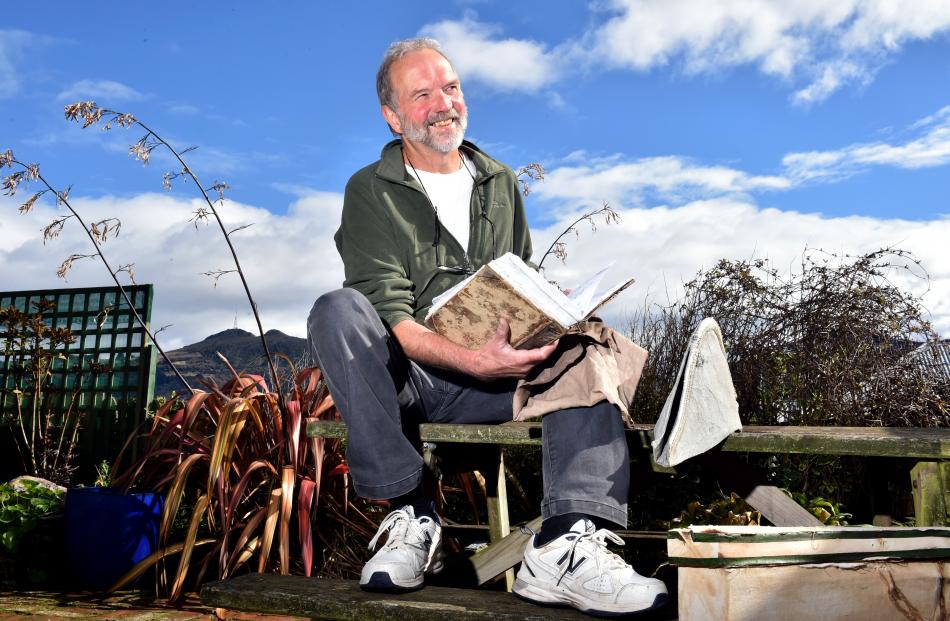 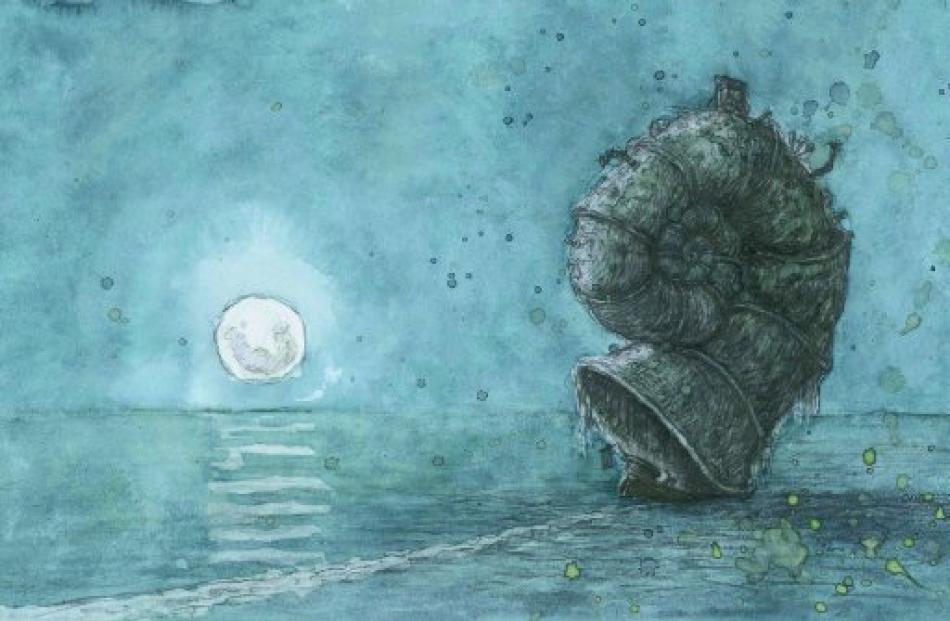 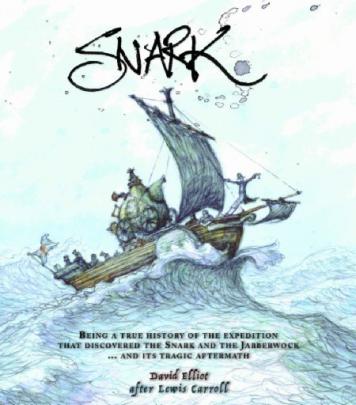 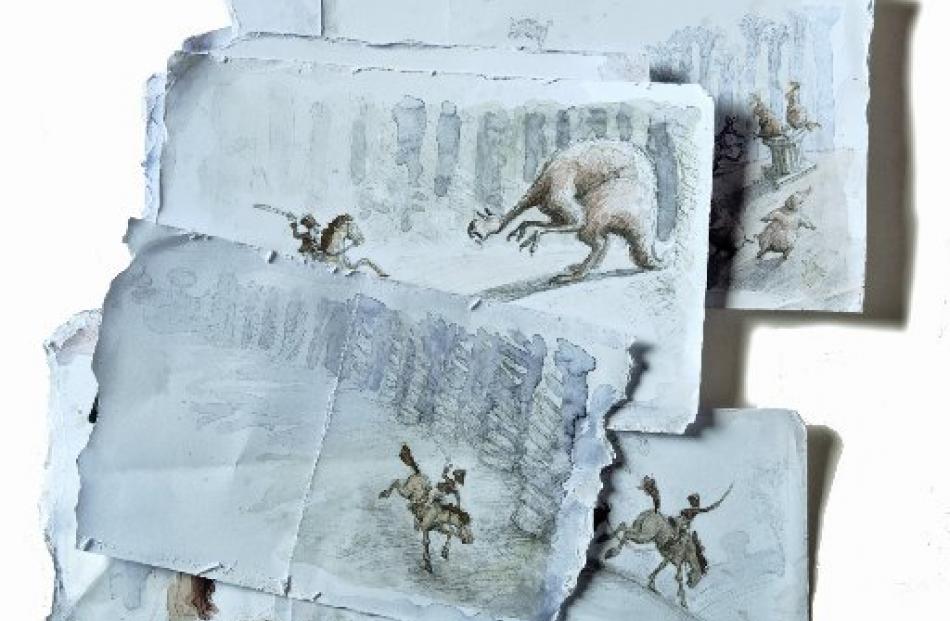 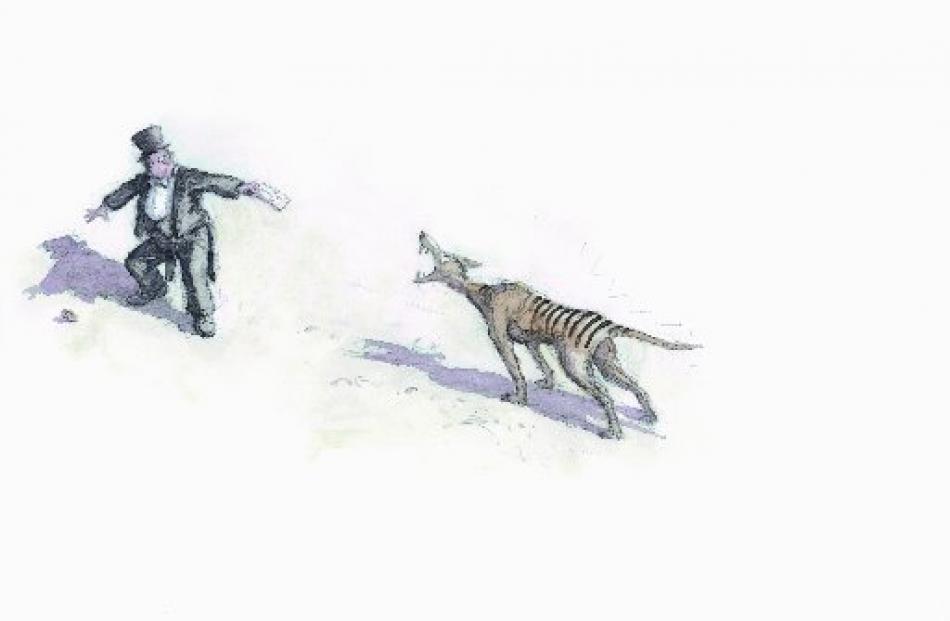 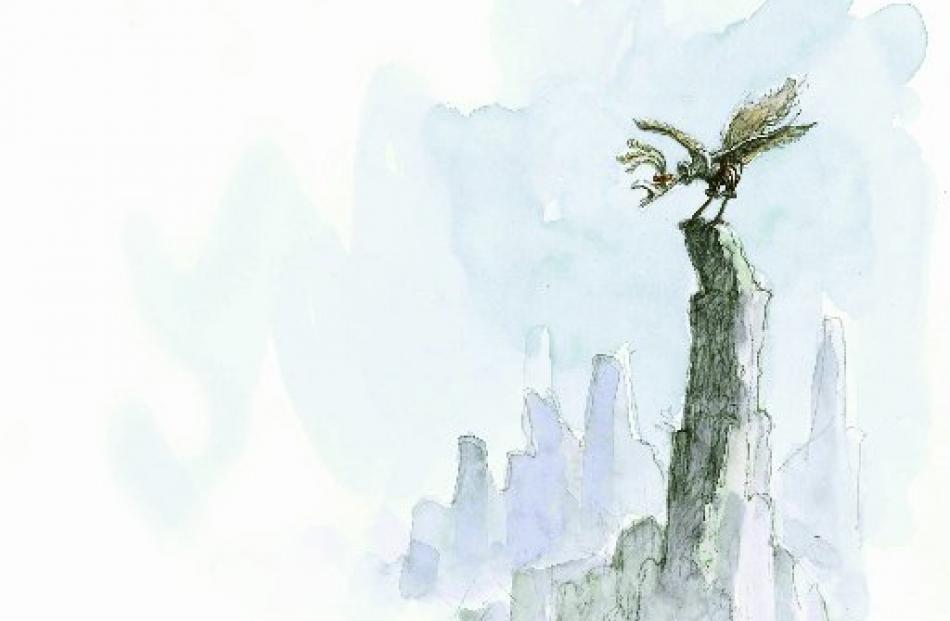 In front of David Elliot, at his Port Chalmers home, are sitting a shabby hat box, a stained sea captain’s hat and a battered old journal.

Here lie the physical evidence — concocted, albeit in fabulously realistic detail — "proving" that the mysterious island where author Lewis Carroll set The Hunting of the Snark is the very same island on which the beast from his celebrated nonsense poem, Jabberwocky, lost its head.

Snark, due in bookshops this coming week, is a picture book for adults; the "42nd edition" of a brand new book written and illustrated by Elliot, "exposing" the "true history of the expedition that discovered the Snark and the Jabberwock  — and its tragic aftermath".

It is a book, about a book, about two stories. At its heart lie The Hunting of the Snark and  Jabberwocky, by Carroll, author of Alice’s Adventures in Wonderland. Both poems are reproduced in Snark, accompanied by Elliot’s skilful and engaging illustrations. Here the Barrister, the Boots, the Billiard-maker, Banker, Baker and Butcher set sail with a blank map, searching for an island  their captain, the Bellman, declares is, "Just the place for a Snark".

"They pursued it with forks and hope;

"They threatened its life with a railway-share;

"They charmed it with smiles and soap."

Here also, is found the fearsome Jabberwock, with "jaws that bite" and "claws that catch".

"And, as in uffish thought he stood,’’ Carroll had written.

"The Jabberwock, with eyes of flame,
"Came whiffling through the Tulgey wood,
"And burbled as it came!"

Around that lyrical dual core is a ‘‘lost journal’’ by one of the ship’s crew, which purportedly inspired Carroll’s works.

Enveloping it all is Snark, written and illustrated by Elliot, who draws on "revelations" in the journal to chronicle what "really" took place.

What he has created is a unique homage to Carroll that is also an engrossing, multi-layered tale, delightfully illustrated, enticing the reader into a fully-formed, imaginary world laced with ambiguous portent.

Elliot has long-since earned his stripes as an illustrator of note. Through titles such as The Moon and Farmer McPhee, Pigtails the Pirate and Sydney and The Sea Monster he has become the multi-time winner of various children’s books awards.

This year, Henry’s Map, which, in 2013, was named one of the best children’s books in the United States, was picked up by a Chinese-language publisher and could soon have millions of new fans.

The origin of Elliot’s Snark, however, pre-dates all that acclaim. It is, in fact, his earliest book project, with its germination during his early-teens.

"My connection goes back to childhood," Elliot explains.

"That is certainly true of my love of Sir John Tenniel’s drawings. He is the guy who illustrated the first Alice [in Wonderland]."

Tenniel was also the leading political cartoonist for Punch magazine for more than half a century.

"He didn’t illustrate the Hunting of the Snark but he illustrated the first Alice books.

"As a teenager, I was always intrigued by them. In fact, it started my collection of 19th-century Punch almanacs. It just stuck with me, that beautiful English style of drawing. There is a lot of that in Snark."

• So, when daring to leave the safety of a teacher’s salary for the uncharted waters of an artist’s life, he chose The Hunting of the Snark as a test case for the sort of illustrating he wanted to do. It only foundered for lack of a co-publisher, but was reincarnated a dozen books and a decade later as Snarkopack, a Victorian-style theatre diorama complete with miniature card figurines  that could be moved about on the stage while the poem was read aloud.

Another decade on and the concept has grown, considerably. Snark is a 217-page, full colour, hardbound manifestation of a journey Elliot has taken around the world and deep into Carroll’s mind and work.

But, is weaving together the two poems and furnishing them with a backstory and an afterlife, a stroke of orthodox genius or an unforgivable act of heresy?

Elliot believes the writer of the beloved children’s fantasy tales, Alice’s Adventures in Wonderland and Through the Looking Glass, had another darker world, which also existed in his head. This darker wonderland, he says, is the island home of the Jabberwock and the setting for The Hunting of the Snark. Elliot says he has merely illuminated Carroll’s dark world and put it in plain sight.

A letter written by Carroll spelt out that both poems were set on the same island. Elliot’s experience as an illustrator and writer suggested this other world was probably fully formed.

"I don’t think people are aware how much the characters exist before they are in the story," Elliot says.

"And how much they exist after the story is finished; and how much of the world you have created in your imagination before you cut that slice out which is the plot you are using for the story. You get to know your characters intimately. And you get to know the world that they inhabit so well.

"Jabberwocky was a much earlier poem, so it gave me the idea that this world must have existed in his head for a long, long time before The Hunting of the Snark came out."

That world’s geography, animal taxonomy and existential concerns were further elucidated by a fact-finding trip to southwest England, in 2012.

Starting from Oxford, where Carroll lived, Elliot recreated the trip  the Snark-hunting crew would have taken.

"I think it [the imaginary world] could have been inspired by a couple of things — one would have been the scientific discoveries that were going on around him at the time.

"When Carroll lived in Oxford, he went to the natural history museum there. During that particular period, in the 1860s and 1870s, Australasia would have been the new frontier. They were bringing back all these fabulous animals like the platypus, which people saw and thought was a fraud when they first saw it ... What was really special, was the museum did used to have a stuffed thylacine, a Tasmanian tiger."

This inspired Elliot’s depiction of the fearsome Bandersnatch.

"Then, there’s also the question of the unknown element which is in the Snark, the idea of the Boojum, and the disappearance — a very existential idea, and which is quite dark. Carroll was a creationist, they all would have been. So, his world is under threat from all this new zoological and scientific discovery. Darwin’s theory of evolution, all that stuff, would have undermined, or been a threat, to a person in Carroll’s position.

"It is all pure speculation on my behalf. But there is something sinister that goes on in the Snark, something that takes the ground out from under your feet. My idea is that he certainly would have been under those two influences, and it has certainly coloured the way I put together the ideas."

With the help of a friend, a retired Royal Navy submarine designer, from Scotland, Elliot travelled up and down the Bristol Channel, looking for a beach from which the crew could have launched their expedition.

"The more we went to these places, the more it added to the story because you thought about the strange and silly predicaments they would have gotten themselves into, especially being a crew that had absolutely no idea how to sail a ship.

"The really, really exciting thing about it was that it started off as a vague concept, but the deeper I got in to it, the more real it seemed to become; the more I could see connections between things inside the poem, and the Victorian world and the life of Carroll. So, I felt I was on really solid ground."

• Elliot believes he has created something unique.

"I’ve looked around, a lot, and I don’t think anybody else has actually built on that association between the two poems and brought them together. Nobody has really tried to explore that world.

"The more I’ve done it, the more I’ve become convinced this world would have existed, in Carroll’s head."

"In terms of writing, it was a journey of discovery. Because I’ve never really considered myself a writer ... The writing of it, I found really enjoyable."

What he ended up with, was an overflowing manuscript for a unique book.

"I wondered ‘My goodness, what am I going to do with this?’ because I had so much material.

"In mid-2013, I ended up foolishly talking to Rachel Scott, of Otago University Press. She said, ‘You know, I think we might be interested in that’.

"Gradually, over the past two years, we have pulled and tugged and changed bits until it has finally come together."

Scott has described Snark as a book "for grown up children of all ages".

At first embryonic, but growing steadily, ominously, throughout Snark, is the Boojum. Carroll left it to the imagination, except to say it was a particularly dangerous type of snark. Elliot, as an artist, has had the unenviable task of drawing the boojum while still honouring Carroll’s intent.

"I think the Boojum is a nameless threat to his world. Well, to all our worlds. He never explained what the Boojum was. And I’ve carefully never shown the Boojum. All I’ve shown is the outer manifestation of it; the shell that it creates around itself; the way it wants to be seen rather than what it actually is."

Elliot does, however, suggest that the ship’s crew bring their fate upon themselves.

"It occurred to me that a lot of what the boojum was doing was in reaction to what it could find — that in fact, by coming along with all our trappings, all we were doing was encouraging it.

"We do seem to destroy things we get in touch with. It’s as if the boojum is a mirror — it grows in ambition according to the things it has taken from human beings ... They’ve gone hunting the Snark, but they end up with this vast thing that has eaten them, essentially."

Elliot hopes, and believes, Carroll would approve of Snark.

"Hopefully, I have left it in the same place Carroll has left it. He leaves it so sensationally in mid-air that I would have hated to have come to some sort of conclusion about it.

"I’m not trying to adulterate anything that he has done. I’m just trying to build on it in a whimsical way.

"I’d love to argue it out with him; to see if any of the things I have come up with are correct."

With that prospect being faint in this lifetime, Elliot would like the readers of Snark to engage with him instead.

"Here’s another fraud; we’ve said this is the 42nd edition and that all these people have contributed their ideas about it. I’d like people to do that for real. They can go to my website ... and post what they want to, or write to me, which would be even better. Who knows; it would be great to do a 43rd edition, with all the new stuff. So, the game is afoot."