The survey - What you said 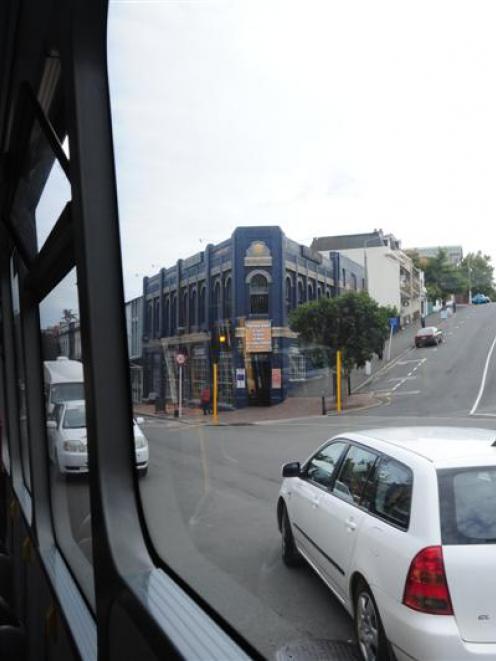 The survey was intended to gather some of the perceptions car commuters hold about the bus service.

Only 28 forms were returned and the survey's scientific veracity is something a transport researcher could probably drive a bus through.

But it did provide a view of buses from the car commuter's point of view.

• St Clair Park: "It's probably cheaper to take my car and pay for a park."

• Musselburgh: "I would use them every day if they were cheaper than my fuel bill. It doesn't cost me $28 a week for petrol."

• Andersons Bay: "It's cheaper for two of us to travel by car than pay for three zones each way."

• Mosgiel: "I could not afford to get the bus return trip home, as it was so expensive. I did the crunching of numbers. No way."

• Central City: "If my car was more of a gas-guzzler, then I would use the bus."


TWELVE HAD COMMENTS ON THE COMFORT OF BUSES, THE DRIVERS AND ENVIRONMENTAL ISSUES TO DO WITH THE BUSES.

• Tainui: "[Buses are] far from environmentally friendly, as my small car does not belch black smoke all over the city. Public transport should be the core of a city. It's a shame our buses are so dirty and expensive."

• Warrington: "Should not be allowed to have large buses on the main street."

• Wingatui: "I wish the buses here weren't so filthy in terms of air pollution. They are awful. We need electric buses."

• Company Bay: "We need solar or electric powered hop-on, hop-off buses doing a city circuit. I would rather catch a water taxi."

• Musselburgh: "Wouldn't mind if the drivers were a bit smoother with the stops and starts. Quite uncomfortable after a hard day at work."

• Fairfield: "It is relaxing; more so than driving. Better for health and wellbeing."

• Andersons Bay: "Time to read, contemplate, let someone else do the driving. Unfortunately, can't choose your passenger. It's a lucky dip."

• Wakari: "More regular [services] at the end of the day [required]."

• Central City: "The bus system in Dunedin is a catch 22. If more people used it, it would be cheaper and run to a better schedule, but until both those things are achieved, I won't use it unless I have to."

• Dalmore: "Dunedin's bus service seems to be extraordinarily crowded in the centre of town but a bit patchy in many suburbs."

• Musselburgh: "Dunedin is fighting an uphill battle to get more people to use buses. Taking your car to work is too easy."

• Andersons Bay: "Pretty good service during working hours. It amazes me that people drive their cars to town and then have a 10- or 15-minute walk to their work. They don't seem to like the idea of walking to and from a bus stop."

• Concord: "It is not convenient waiting in the rain. A closer stop to work [required]."

• Warrington: "Bus company refuses to service Coast Rd and therefore Seacliff and Warrington do not have a bus service."

• Burnside: "Took longer to get to work and home than driving."


FIVE REFERRED TO BUSES BEING LATE.

• St Clair Park: "I have heard at times they never show up."

• Green Island: "I had to stand around for ages waiting."


ONE REFERRED TO THE TIMETABLE.

• St Clair Park: "Make the bus timetable easier to read. It really puts me off."


The survey also asked when commuters had last used a bus and what sort of experience that was.

• Andersons Bay: "Mid-December. Half an hour on a different route than I would normally take."

• Central City: "November. It was fine. No drama."

• Ocean Grove: "Three months ago. Good but infrequent buses. It was cold and not reliable."

• Musselburgh: "Three months ago. Good in the morning. Horrible after work due to the many stops and starts."

• Wingatui: "A year ago. Unremarkable."

• Tainui: "Two and a-half years ago. Expensive and the bus arrived 10mins late."

• Kew: "A few years ago. Unpleasant. Filled with school children."

• Central City: "Ten years ago. Fine. Just the usual trip on a bus."

• Waitati: "Once. Experience for my children."