Airline asked when capacity will rise 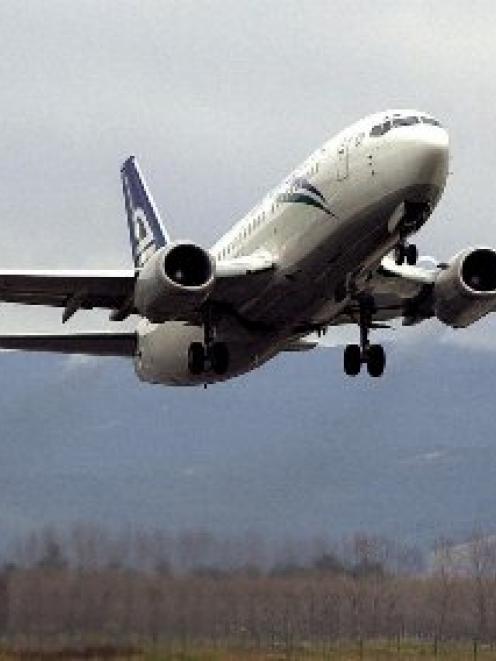 Perceived reduced flight capacity between Dunedin and Christchurch is thought to be affecting business between the two centres, and the Otago Chamber of Commerce is seeking clarification from Air New Zealand.

Chamber chief executive John Christie confirmed a letter had been sent to the airline this week asking when flight capacity between the two cities would increase.

Demand had dropped after the earthquake in Christchurch but with the number of seats not available now, seemed to be back to normal, Mr Christie said.

The lack of seats was concerning, given the number of Christchurch businesses that had relocated to Dunedin, or for those who had moved their families south and were commuting.

The lack of airline seats was affecting businesses, Mr Christie said. When too few airline seats were available, people were obliged to drive between the cities to conduct business.

This was also necessary if seats were too expensive.

"Prices of $600 return is uneconomical in the current economic climate," he said.

Dunedin International Airport chief executive John McCall said last week that since the earthquake, there had been cancellations and different-sized aeroplanes on the route.

An Air New Zealand spokeswoman said there were some initial cancellations between the centres after the earthquake "as demand fluctuated, but this has now stabilised".

Despite the earthquake, the airline's domestic network was operating at 4.6% higher capacity compared with the same time last year.

She confirmed extra capacity would be added during the Rugby World Cup.

There was strong demand anticipated for Queenstown throughout the tournament, including Auckland-Queenstown up 30% and Christchurch-Queenstown up 10%.

Extra capacity between Christchurch and Dunedin will be added for the England v Argentina game scheduled for Forsyth Barr Stadium on September 10.