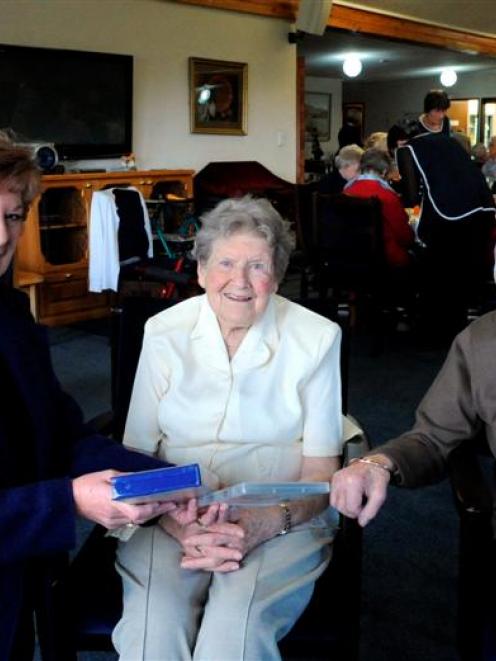 She joined the Altrusa Club of Taieri 26 years ago - which to her seemed like yesterday.

Her contributions to the club and the Mosgiel community have earned her the club's highest honour, the Margaret Inch District Leadership Award.

The national award was presented to Mrs Espie (64) by the club's international president Dona Garretson, of the United States, during the annual District 15 (New Zealand) Altrusa Conference in Oamaru recently.

Mrs Espie said the award came as a surprise.

"I couldn't make it to the conference this year, but it didn't stop my colleagues from cheering the house down when it was announced.

"They brought the award home for me.

"It was a complete shock when they gave it to me."

Altrusa International has 22 clubs across New Zealand, filled with women who aim to make their communities better through leadership, partnership and service.

Mrs Espie has been a member of the Taieri club for all but one year of its 27-year history.

In the Taieri community, she was formerly involved in Highland dancing, tap dancing, speech and drama, and was the owner of Personal Touch Hairdressing. For the past 19 years, she has been the activities co-ordinator at Brooklands Retirement Village.

"I very much enjoy my work with the people at Brooklands. It makes life more fulfilling for them.

"I enjoy people. It's the people in life that make it the most interesting."

"I think if you're busy, life does fly by. I've always really enjoyed Altrusa."

And even if there was no evidence to prove people with busy lives do live longer, she had found those who enjoy busy lives, feel as if they have lived longer.