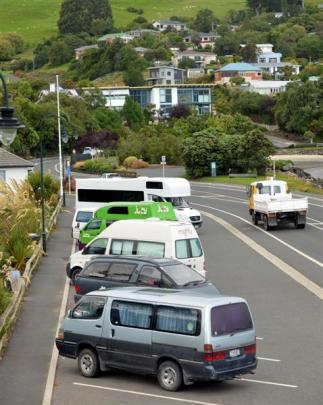 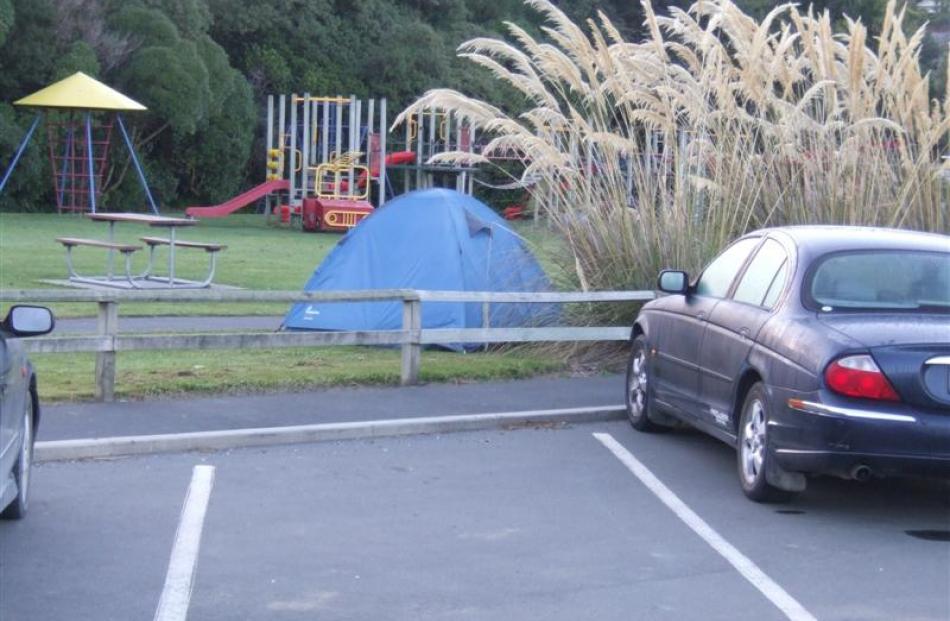 Freedom campers are pitching tents in the Macandrew Bay playground, next to a trial freedom camping site for non-self-contained vehicles. Photo supplied. 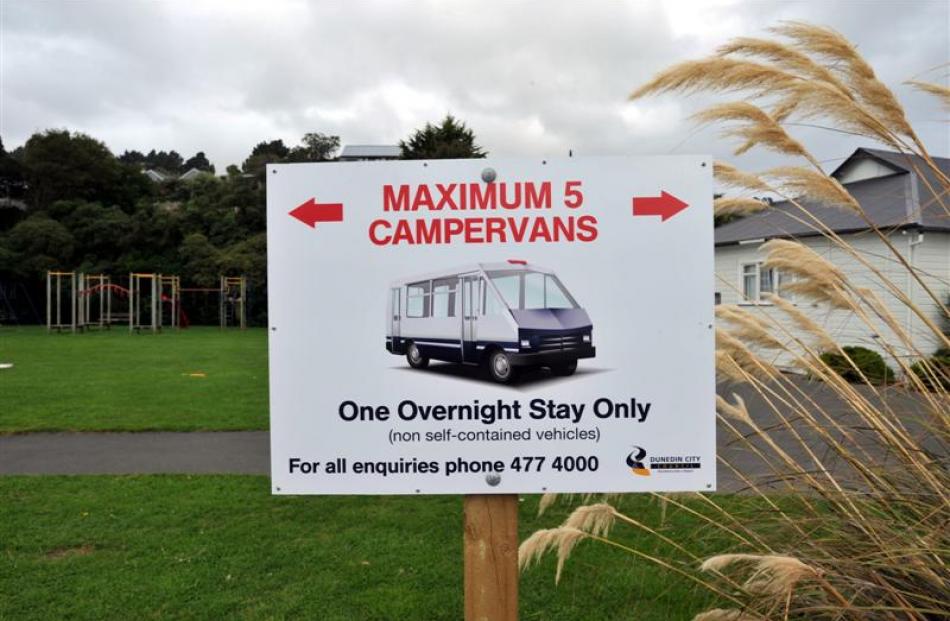 There is growing discontent among Macandrew Bay residents about freedom campers.

Residents say as many as 30 vehicles a night have been parked in a trial freedom camping area beside the public toilets and playground, where tents are also being pitched around play equipment.

Campers are ''bird-bathing'' in the public toilet basins and changing outside their vehicles in view of children walking to school, residents say.

Macandrew Bay Residents and Ratepayers Association chairman Dave Goodman said many mothers had stopped taking their children to the playground because of campers.

Mr Goodman, who was contracted by the Dunedin City Council to clean the area's public toilets, said he had to double his efforts since the council implemented its freedom camping trial.

Extra use of amenities was not an issue in itself, he said, but many freedom campers were washing in the basins and leaving the tiled floors in flood.

People were becoming wary of taking children into the public toilets because naked campers were often washing or changing inside, he said.

''They call it bird-bathing, using a basin to wash in. I'd never heard of it before,'' Mr Goodman said.

''There is a growing number of residents not happy with what's going on, mainly because of issues with behaviour and hygiene.

''For people in a station wagon or saloon vehicle, to get changed and maintain any degree of modesty is quite difficult, and there has been issues with unclad people running around,'' he said.

Up to five vehicles were allowed to stay for one night under the trial.

Mr Goodman said there were usually about 15 vehicles with freedom campers parked overnight, and the most he had counted at once was 21.

Other residents claimed to have seen as many as 30 vehicles.

Mr Goodman had counted 11 tents - 10 of which were pitched in the playground.

''It's polarising the community.

''We are not against freedom campers per se, but there's a growing groundswell of people getting their backs up,'' he said.

Macandrew Bay resident Kelli Lamare said she and many others felt invaded.

''There is a handful who don't seem to worry, but a lot of people are not happy.''

Mrs Lamare said she had complained to the council and planned to attend the next Otago Peninsula Community Board meeting on March 6 to raise the issue.

She said her house, like many others, had not been included in a council mail drop in the community proposing the trial, and she missed the opportunity to oppose it.

She was one of the mothers keeping her children away from the playground, and said there had to be a better place for freedom camping in Dunedin.

''Macandrew Bay is a beautiful community and we feel like we've been invaded because of the sheer number of campers. I'm sure they contribute to the wider economy, but I don't think they spend a lot in our neighbourhood.''