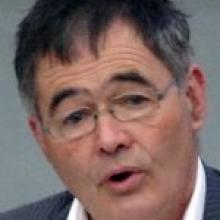 It is likely the chairman of Delta and Aurora, Ray Polson, will also be under scrutiny.

It was not clear whether the council appointees to the Dunedin International Airport board, Richard Walls and Mr McLauchlan, would face the same restructuring as the airport company is 50% owned by the Government.

The announcement appeared to take Mr Hudson by surprise, and comes after last week's news DCHL had returned a net profit of almost $19 million.

That achievement was "an outstanding result", Mr Hudson said on Friday, after the release of DCHL's annual report.

Mr Cull said he and the council were concerned the City Holdings board had become dysfunctional and that the council was receiving "double messages" from it.

His concerns about the board stretched back two years when people around him had started questioning the ability of the council companies to service the city's growing debt.

"We wondered if we were putting too much pressure on them, not allowing them to grow or pay sustained dividends."

Questions were also raised about governance issues and councillors became suspicious about the companies' ability to pay dividends. It was decided to look at the structure of the boards and whether it was still appropriate, he said.

It was a natural question to ask.

The other context was around the Forsyth Barr Stadium debate and the lack of formal communication from the holding company board that it could not sustain the stadium debt.

The council had employed Warren Larsen to produce a report on the company structure. It had also established the council-controlled organisation (CCO) liaison group, which came to the same conclusions as the Larsen Report, he said.

The Larsen report found there was too much conflict in having a councillor sitting on a board; the subsidiary companies needed specific skills; and having the directors of the parent company sitting on the subsidiaries' boards was a problem.

Asked if councillors other than Mr Hudson were likely to be removed from any of the boards, Mr Cull said he had not thought about that.

When contacted, Mr Hudson said that was all news to him as he had not been informed of the results of any discussions.

The issue might have been discussed at Monday's council meeting, but he had not been present for any of that discussion and had received no feedback.