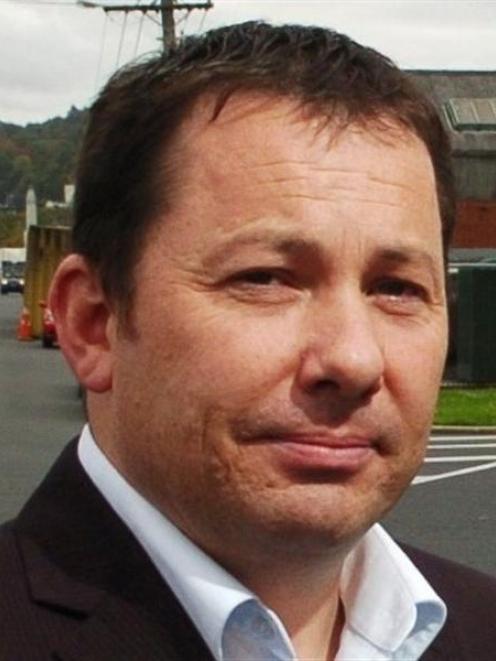 John Christie
Building consent figures appear to show Otago has come through the recession with only limited damage, and with some major projects in the pipeline, the region could be on the verge of significant building activity.

Otago Chamber of Commerce chief executive John Christie said the figures showed the region had not been as hard hit as other parts of the world, or New Zealand, something that was borne out by other economic indicators, such as unemployment.

Mr Christie said the figures bode well for the future.

"It's an important point; consents are an indication of what's going to come into the economy in the future. When the work begins, you benefit."

Mr Christie said there were a lot of commercial developments on hold, waiting until financing issues settled down, and those could add to the mix if that happened.

Nationally, the number of building consents issued for residential buildings began decreasing in late 2007, before beginning to climb again towards the middle of last year.

Councils in most districts of Otago were confident the situation was beginning to improve.

In Dunedin, consents for the Forsyth Barr Stadium meant what would have been a drop in value of consents from $234 million to $173 million became an increase to $289 million, as $116 million of the consents for the city were from the stadium.

Only some of the consents for the stadium had been processed, meaning there were more to come next year.

Council-driven projects like the Dunedin Town Hall and Dunedin Centre redevelopments were still to come, as were the University of Otago's buildings at the stadium site, council chief building control officer Neil McLeod said.

One of the reasons for the lower number of consents was changes to Schedule 1 of the Building Act in late 2008, which meant about 10% of building work that had needed consents no longer did.

"Recently, the number of domestic houses [being built] has dropped away, but we've had things like Bunnings, the stadium, and commercial buildings being remodelled and altered."

He said the input of the city into building consents was "obvious".

"Quite clearly, the city is a major contributor to the economy."

In Central Otago, the number and value of building consents issued for 2009 were down on the previous year's figures, but there was "no cause for panic", Central Otago Mayor Malcolm Macpherson said.

"If there hadn't been a slowdown pretty much worldwide, you'd look at it with a different set of eyes, but there's no cause for panic here," Dr Macpherson said.

Much of the building work in Central Otago in the past year was small-scale jobs but the number of consents issued weekly had been consistent all year.

There had been about 15 consents issued every week.

"The value is down a little from the previous year but there's certainly no sense that we're going off a cliff, and by the end of the year, things had started to pick up a bit."

While the Waitaki district had experienced a decline of 117 in the number of consents issued for the financial year ended June 30 last year, compared with the previous year, Waitaki District Council regulatory services manager Paul Arnold said it was interesting to note that the project value had not dropped substantially.

That was due to more large farm buildings, particularly dairy sheds, being built in the district and also the $3.9 million redevelopment at Waitaki Valley School in Kurow.

He attributed the decline in the number of consents issued to the recession but said things were looking "pretty good" for the future.

Mr Christie said Queenstown Lakes had been hardest hit by the recession.

Queenstown Lakes District Council's building consent data showed a $95 million decline in the value of building consents granted between the 2006-07 financial year and the end of June 2009.

Residential building seemed to be holding up well in Queenstown, with at least 17 building-consent applications for residences valued at more than $1 million during 2009.

The Otago Corrections Facility at Milburn was one of the major drivers of consents in the Clutha District Council area, with six consents lodged for building work worth $10 million.