Call to action goes out 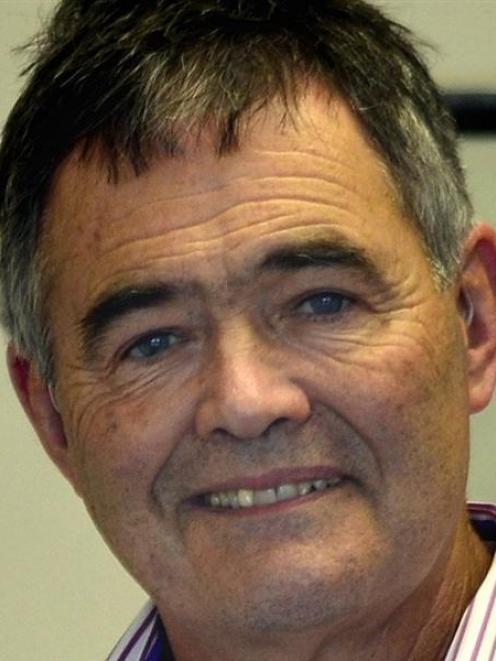 Dave Cull.
A ''call to action'' has been issued to southern business, local government, agricultural and tertiary education leaders from Dunedin Mayor Dave Cull as part of the fight against job losses at AgResearch's Invermay campus.

Mr Cull has organised a ''summit'' meeting on August 14 to discuss the announcement proposing that 85 jobs are to go from Invermay by 2016.

''It's not just a matter of 85 jobs. It's about the whole centre of excellence and how it underpins the agricultural sector in the South.''

Everyone with connections to Invermay had opinions about the impact of the job losses and it was time for those concerns to be brought together in a ''coherent approach'' to be put to AgResearch and Economic Development Minister Steven Joyce, Mr Cull said.

''I and others have made it very clear any reduction in roles at Invermay will have a serious economic and strategic impact.''

The Government appeared to be promoting or acquiescing to jobs being pulled out of the regions, ignoring the long-term negative effect it would have, he said.

He would chair the meeting and hoped to get a good representation of leaders from the southern region to attend.

''We need to ensure we have all the relevant information with which to address these issues with the minister and AgResearch.''

Otago Regional Council chairman Stephen Woodhead fully supported the meeting and saw it as an opportunity to discuss not only Invermay but the wider economic development issue of the Government ''not forgetting about the South''.

The Invermay announcement ''brought to a head'' concerns the regional council and others had been expressing about resources going north, and about centralisation, he said.

''I don't believe we are looking for hand-outs, just a fair go.''

Earthquakes in Christchurch and Wellington highlighted the risks of centralising in one spot for food distribution, electricity generation and fuel storage, to name a few. But earthquakes were not the only hazards New Zealand faced, Mr Woodhead said.

''We need to think and plan sensibly. There are social and economic factors involved.''

Many people did not realise the importance of the work the Otago and Southland regional councils were doing with AgResearch concerning finding solutions to the impact of intensive agriculture on waterways.

''It's a critical relationship. We need scientists based in the region, where they can work out in the field.

''I can't see that being feasible operating out of Christchurch.''

Reducing Invermay to about 30 staff could be the ''start of the end'', he said.

''That would be a tragic loss. We need to fight to keep the base and campus open.''

Mr Joyce confirmed in Saturday's Otago Daily Times he was happy to arrange for the board and executives of AgResearch to meet local representatives and said he was prepared to meet a delegation of civic and business leaders to talk about regional development.