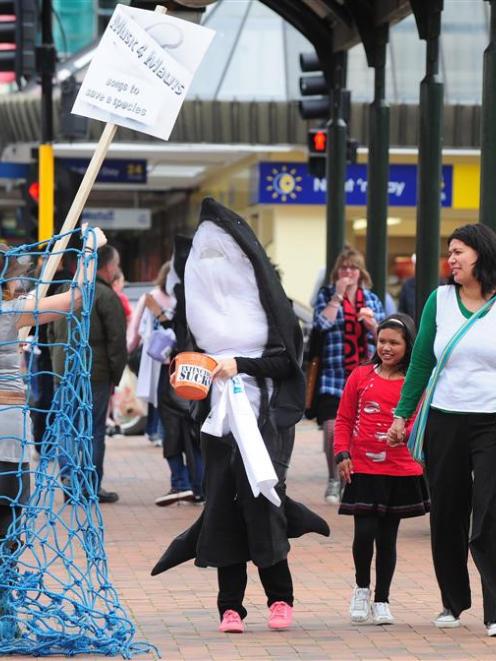 In Dunedin to film an episode of the series Extinction Sucks for Netherlands-based international non-fiction programming company Off The Fence, the pair aimed to highlight the threat to Hector's and Maui dolphins.

Production manager Rebecca Humphries said the women raised money for different groups in their Western Australian home town of Perth to help protect animals on the edge of extinction.

The timing was perfect as new legislation came into effect on October 1 to help protect the dolphins, she said.

However, some of that legislation had been delayed by a challenge to the High Court by various Fishing groups.

So the pair, along with their supporters, took to the Dunedin streets to raise funds for the supporting the dolphin cause.

Last night they travelled to Akaroa to spend a couple of days filming dolphins alongside University of Otago dolphin researcher Liz Slooten.

Other species they were filming for the series included turtles, Tasmanian devils and Indian tigers and elephants.

The series would air on the Internet on Bablegum.com in March.