Columns for stadium due tomorrow 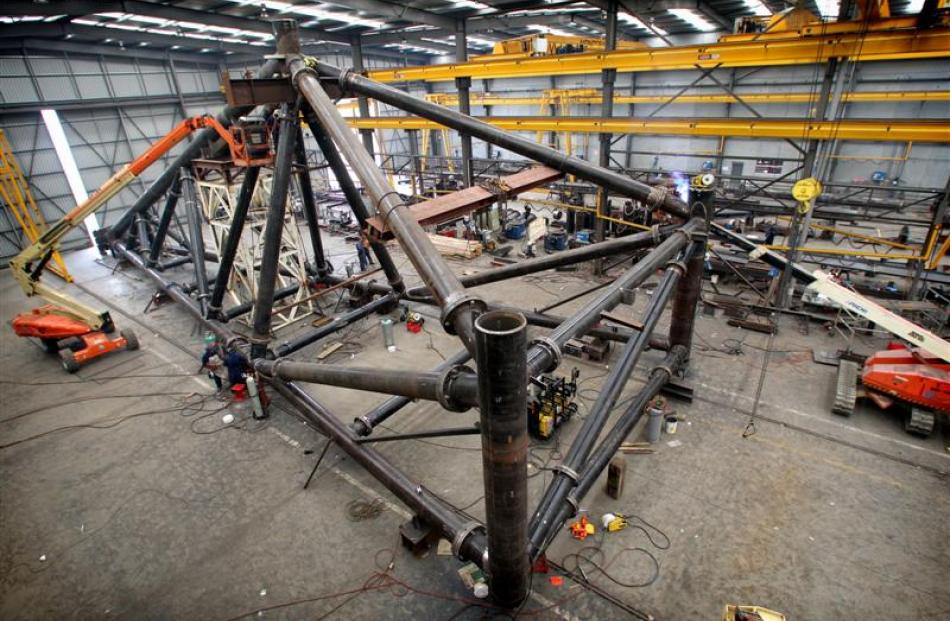 A section of a giant steel column, destined to form part of Dunedin's Forsyth Barr Stadium, is assembled inside the Grayson Engineering workshop in Auckland. Photos by the New Zealand Herald. 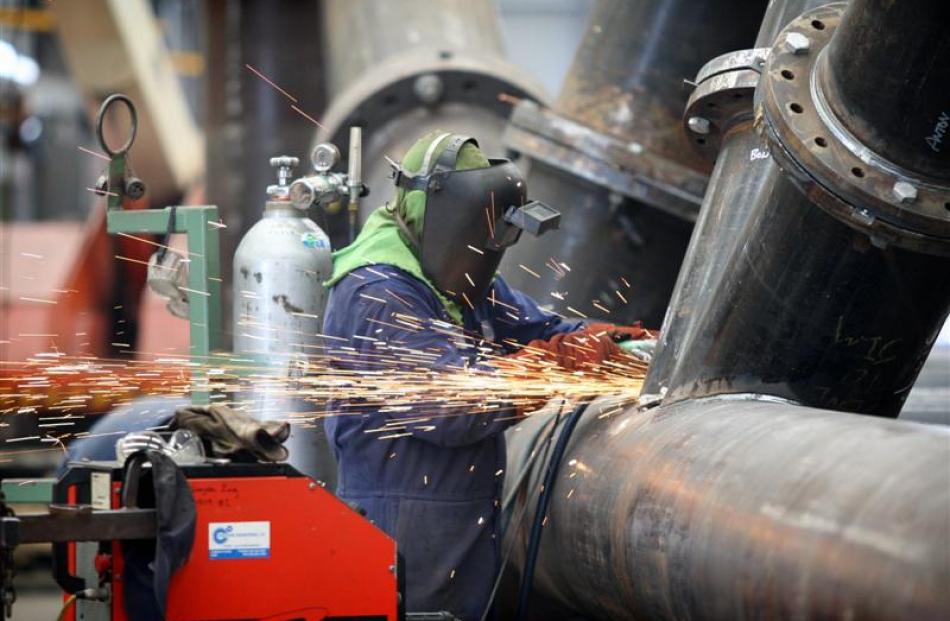 A Grayson Engineering worker welds a section of one of the steel columns, which will be partially dismantled once finished, placed on a truck and driven south to Dunedin.

The first pieces of two giant steel columns, together weighing more than 100 tonnes, are on their way south to Dunedin's new Forsyth Barr Stadium.

The twin columns, each weighing 55 tonnes, are made of steel tubes, and are being fabricated and painted in sections by workers at Grayson Engineering in Manukau, Auckland.

They were then being partially disassembled to fit on trucks before being driven south to Dunedin.

The first section of one of the columns, weighing 32 tonnes, left Auckland on Wednesday and is expected to arrive in Dunedin tomorrow afternoon.

Once reassembled inside the stadium site, the twin 27m-high columns would be installed at each end of the stadium's main south stand, helping support the weight of the stadium roof, Dunedin Venues Management Ltd chief executive David Davies said.

Work to install the two columns was expected to begin next week and be completed by the end of March, he said.

The columns would stand upright from the stadium's piles, connecting with an even-larger steel roof truss - to be installed in the middle of this year - running along the front of the main south stand.

The truss would have other beams running off it, spanning the gap above the playing surface to the north stand.

The roof will be 47m high at its peak - as high as a 12-storeyed building.

Mr Davies said the fabrication of the twin columns was being carried out in Auckland because no Dunedin firm could do the work.

"We don't have the technology down here to be able to fabricate them.

"They are a specialised piece of kit.

"It's to do, essentially, with where the skill set is . . . and it's with genuine regret that that is the case."

He told councillors construction was continuing at pace, with work on the stadium's south stand now up to level five.

Concrete work at the site was drawing to a close and it was believed all the steel needed for the stadium was now in New Zealand, either being fabricated in Auckland or shipped to Dunedin, he said.

From then until the end of July, the focus would be on completing the internal fitting-out of the stadium.

The University of Otago was expected to begin the groundworks for its building - linking the University Plaza and stadium - in May, in time to be completed by August 2011.

It was hoped work on the stadium playing surface would begin in October this year, although grass was unlikely to be seeded until next January, once the roof was watertight, Mr Davies said.

Costs remained "on schedule", with no known overruns, he said.

However, some individual elements of the project were behind schedule at this stage, while others were ahead, and contractors were confident the time could be made up overall, he said.

Contacted after the meeting, Mr Davies said the installation of K-braces at the back of the main south stand, used to help prevent lateral movement, were "a couple of weeks" behind schedule.

That was due to "scheduling issues" with the supplier, which could be "anything from blokes on holiday to not having the space [on a truck] to deliver", he said.

"If it was a couple of months, it might be more fundamental."

However, concrete pouring was a couple of weeks ahead of schedule and the overall timeline for completing the stadium remained on track, he said.