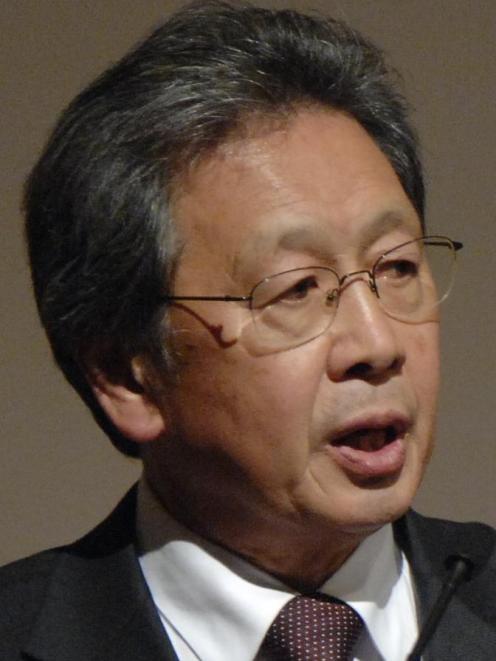 Peter Chin
A Dunedin City Council decision on whether to sign a contract with Hawkins Construction to build the stadium - potentially the last major decision before construction - will now be made on April 20.

Mayor Peter Chin suggested at a council meeting yesterday that discussion about the venue hire and licence agreement subcommittee's report, which was listed in the public-excluded section of the agenda, be moved to the public section.

"In terms of process, it's a more logical way of dealing with it," he said.

The subcommittee - of Mr Chin, deputy mayor Syd Brown, Cr Kate Wilson and council chief executive Jim Harland - will have final approval on hire agreements for the stadium, and on the sale of Carisbrook.

It has also considered the maximum guaranteed price offer from Hawkins Construction to build the project.

That matter will be debated by the council before a final decision is made.

A confidential report on the subcommittee's work, released yesterday, said Hawkins' offer had been extended.

During the discussion, Cr Teresa Stevenson asked that a private discussion on a code of conduct inquiry into allegations she leaked to the Otago Daily Times details of a confidential letter to the Government, written by Mayor Peter Chin and Otago Regional Council chairman Stephen Cairns, be discussed publicly.

Mr Chin declined her request, and said it was not possible under standing orders.