Councillors swing in behind stadium 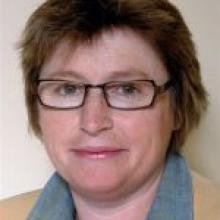 Kate Wilson
Dunedin city councillors staunchly opposed to the $198 million Otago stadium have thrown their support behind it, saying it is time for the city to "move on".

Crs Fliss Butcher, Dave Cull, Teresa Stevenson and Kate Wilson all told the Otago Daily Times they continued to hold reservations about the project, but believed a line in the sand had been crossed.

Cr Kate Wilson said she was "not particularly surprised" by yesterday's High Court ruling, but remained "disappointed" ratepayers had felt compelled to go to such lengths to fight the stadium proposal.

"I have some sympathy with them."

However, it was time to support the stadium, even if, as she believed, it was likely to cost more.

"I think it's time to move on and make it the best stadium we can," she said.

She hoped those opposed to the project would divert their energies into supporting either the stadium or the "many" other council projects, for the good of the city.

Cr Stevenson said stadium opponents should "stop being angry and stop trying to spoil the stadium".

"Now we have decided to buy it, I want to make the most of it - not spoil it," she said.

Cr Butcher - who missed Monday's stadium council meeting but has previously voted against it - reiterated that she was "not going to get bitter" about the stadium's confirmation. She was concerned about the missed opportunities she believed would result from stadium spending, but said she did not support Stop the Stadium's decision to seek an injunction.

"It's obviously majority rules and there we go - let's just make it the most beautiful stadium in the world."

Cr Cull said he still predicted the stadium would bring increased costs to be borne by ratepayers, and it was "a shame" there would be no further consultation on the stadium as part of next month's annual plan hearings.

However, the completed stadium would become another piece of council infrastructure, "and I'm not going to be attacking it", he said.

Cr Chris Staynes could not be reached for comment yesterday.

Dunedin South Labour MP Clare Curran also urged Dunedin people to "move on" from the stadium debate and work together for the benefit of the city.

• Pleased, but not surprised, is the reaction of Otago Regional Council chairman Stephen Cairns to the news a high court injunction bid by Stop the Stadium to halt the project was turned down yesterday.

The Otago Regional Council has committed $37.5 million to the stadium project.

"I'm pleased at the outcome. Now hopefully people will get behind it and building will start," Mr Cairns said.

• Otago Rugby Football Union chief executive Richard Reid said he was thrilled to hear of the building of the stadium. He said it had been a long road to get this far, although the union had not been at the forefront of getting the stadium built.

The union had signed a rental agreement with the trust to play games at the stadium, but the union's staff would not be housed in the stadium and it was looking for new offices.