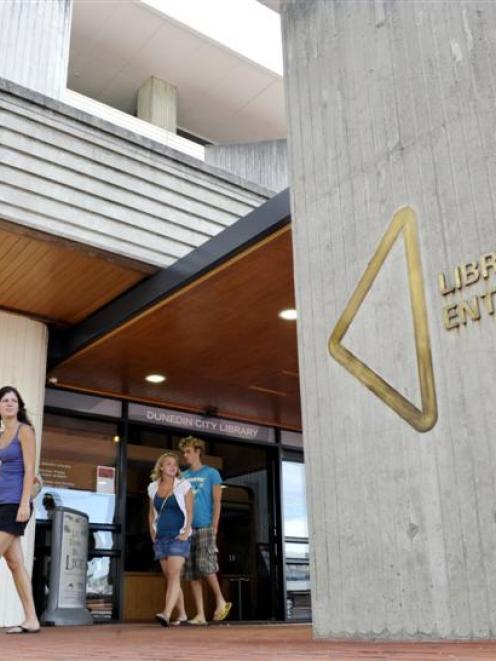 The proposals are outlined in the council's 2011-12 pre-draft annual plan, which is to be debated by councillors next week before a draft plan is released for public consultation.

A memorandum to the city's elected representatives from council chief executive Jim Harland explained the "minor" changes to council service levels would save about $800,000 in 2011-12.

Under the proposals, the opening hours of the Dunedin City Library in Moray Pl would change, with later opening and earlier closing times for most days of the week.

The doors would be opened at 10am each morning - 30 minutes later than at present - from Monday to Friday, while the library's 8pm closing time would be reduced to 5.30pm from Monday to Wednesday and on Friday.

The library would close at 7pm on Thursdays - an hour earlier than normal - while the weekend hours of 11am to 4pm would remain unchanged.

The proposed changes reflected the number of people using the library, and would save $50,000 each year, Mr Harland said.

Other proposed cuts included removing a $400,000 fund for "holding costs" at Ocean Beach from the budget.

Mr Harland, in his memorandum, said the money was to be used for repairs after any further coastal erosion problems in the area.

However, any work to repair sand dunes in the area could be treated as emergency work for budgetary purposes if required, he said.

The council's annual $200,000 electricity assistance grant budget would also be cut, if the proposals were accepted by councillors, as would the $62,500 annual housing insulation fund.

Also, the heritage grants budget would be reduced by $40,000 for the next financial year only, while plans to increase the maintenance of living assets budget by $50,000 in 2011-12 would also be be put on hold for one year only.

Many of the proposed cuts would be the subject of detailed reports being prepared by council staff, to be considered next week.

Mr Harland said that the changes were part of efforts to reduce rates, but he believed the impact on the level of council services would be "minor".