Discontinuity of care cause for concern 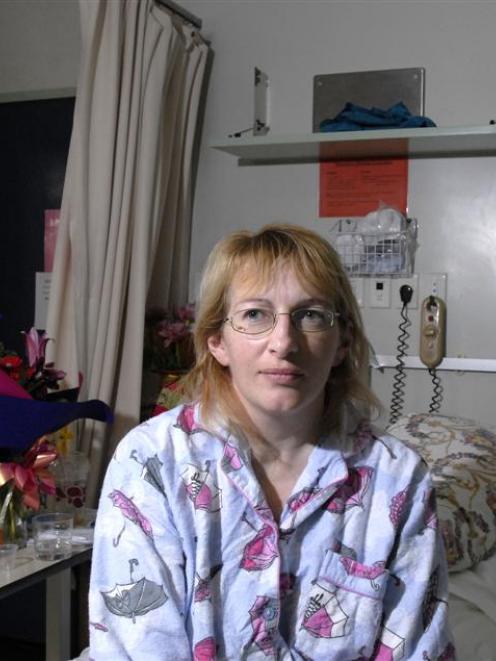 Ms Barker (43), of Dunedin, had neurosurgery last Wednesday to relieve pressure caused by a cyst.

It was the second procedure in four months, after the first operation did not work.

It will be another six weeks before tests can be performed to confirm whether or not this operation has worked.

If the cyst pressured the brain stem, the result could be very serious, she said.

Ms Barker is upset she has had three locum neurosurgeons within four months.

She believes the first neurosurgeon, who operated at the end of April, did not remove enough bone to relieve the pressure.

She was advised of this by her next two neurosurgeons, Ms Barker said.

She was amazed the two neurosurgeons criticised the first locum, as she did not think clinicians would have been prepared to criticise one another.

One had been very angry on her behalf, she said.

She said it had been distressing having different surgeons, with different views, telling her different things.

Ms Barker said it was vital Dunedin had a properly staffed neurosurgery department, with full-time neurosurgeons.

Ms Barker, a tourism business development adviser at the Dunedin City Council, has been rallying friends to support the campaign to keep neurosurgery in Dunedin.

Her experience had been "horrific", but she dreaded to think how it would be in Christchurch, especially for patients for whom all did not go to plan.

She valued being close to daughter Charlotte (7) and ensuring the upheaval did not affect her schooling.

Her situation would have been even more difficult in Christchurch.

Some took an "aggressive" approach, while others tried to be as non-invasive as possible.

He was surprised the neurosurgeons had criticised the performance of the first locum.

Lacking "continuity of care" was never ideal, although whether that caused Ms Barker's care to suffer was unclear, he said.

He wished Ms Barker all the best with her recovery, and said the DHB could not take the matter further unless she laid a formal complaint.

Ms Barker expected to be discharged from Dunedin Hospital today.